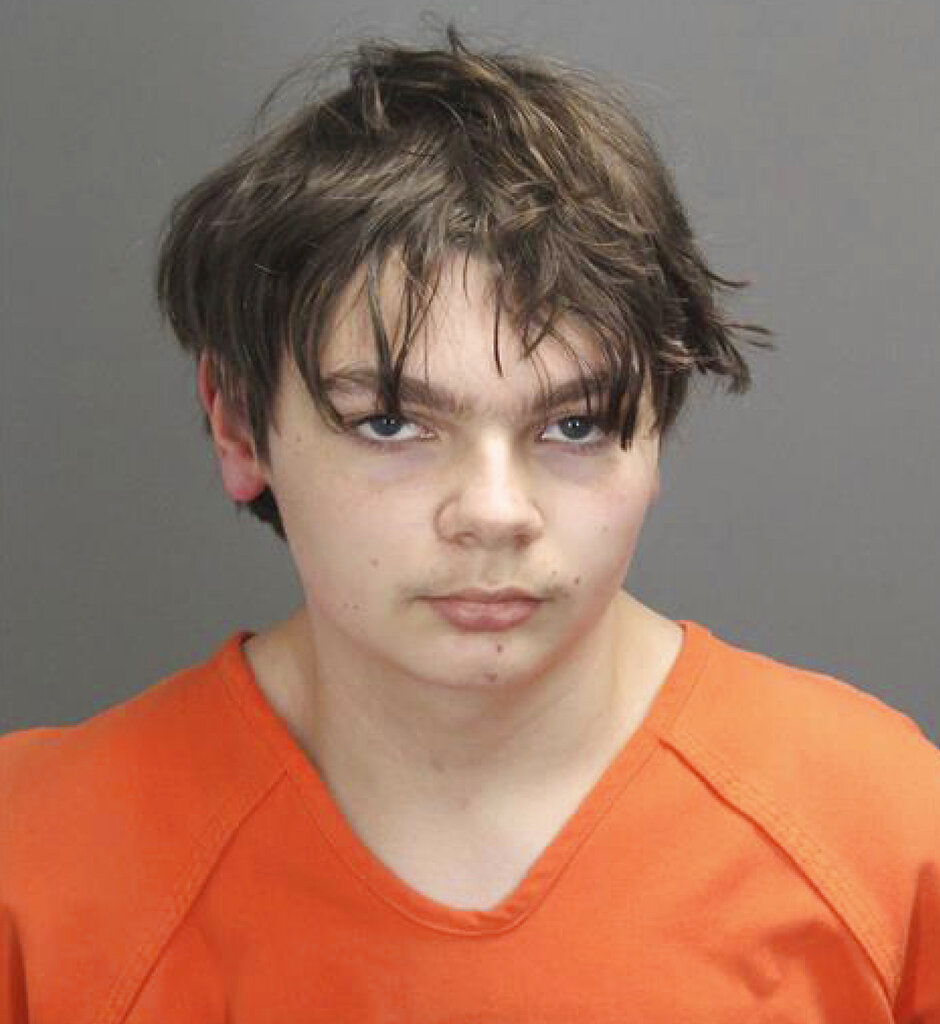 Ethan Crumbley was returned to the classroom at his parents’ request. Soon after, he killed four classmates

School officials and the parents of the suspect in a deadly school shooting were aware of a note he wrote the morning of the massacre that was a clear warning sign of violence. But the parents left an emergency meeting at the school without their son, who fatally shot four classmates shortly after.

According to CNN,  Oakland County Prosecutor Karen McDonald said that a teacher at Oxford High School observed a note Crumbley had written on Tuesday morning that that “alarmed her to the point she took a picture of it on her cell phone.” The teacher said the note included an illustration of a gun and a bullet, with the words “The thoughts won’t stop, help me” and “blood everywhere.”

McDonald said that Crumbley, 15, altered the note before it was retrieved by a counselor, but it is unclear how it was altered. Crumbley’s parents were “immediately summoned” to the school and told they needed to get their son into counseling within 48 hours, according to the report. The parents did not want to take their son out of school that day, and he was returned to the classroom. The parents “failed to ask their son if he had his gun with him or where his gun was located and failed to inspect his backpack for the presence of the gun which he had with him,” McDonald said, indicating that the gun purchased by Crumbley’s father last week was intended as a gift for his son.

At 12:51 the same day, Crumbley’s parents were called to the school, he allegedly took a semi-automatic weapon out of his backpack opened fire in the hallway, killing four students and injuring six other people, including one teacher. According to the report, as word of the shooting reached Crumbley’s parents, his mother Jennifer Crumbley sent him a text message that read, “Ethan, don’t do it.”

The report indicates that both the teen’s parents immediately suspected he was behind the shooting. His father James Crumbley “called 911 reporting that a gun was missing from his house, and he believed his son may be the shooter,” McDonald said at the press conference.

Both parents have been charge with four counts of involuntary manslaughter.

“The parents were the only individuals in the position to know the access to weapons,” McDonald reportedly said in announcing the charges. The gun used in the massacre “seems to have been just freely available to that individual,” she said.

Crumbley is being held without bond on numerous charges, including four counts of first-degree murder and one count of terrorism causing death. His parents are expected to be arraigned at 4 p.m. Friday.