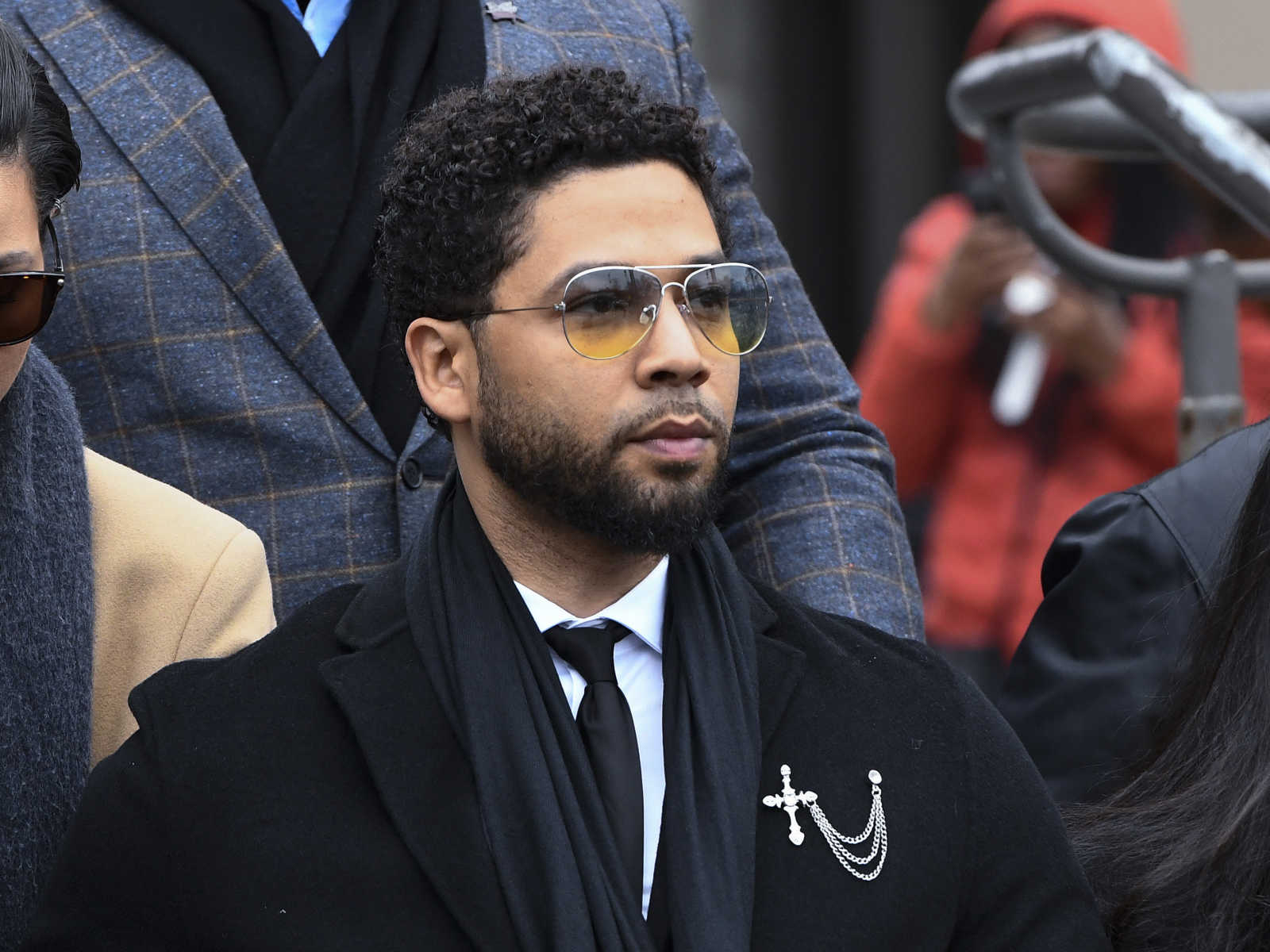 Actor Jussie Smollett spends more than six hours on the stand during his first day testifying in his Chicago trial on charges that he faked a hate crime attack on himself. Today, again, 39-year-old Smollett faces prosecutors who say the “Empire” actor was the mastermind of an orchestrated attack.

Smollett claimed he was attacked by two men who hurled racial and homophobic slurs at him. They also left a noose around his neck. Two brothers who worked as extras on “Empire” later came forward and said Smollett had paid them to “attack” him.

[Feature Photo: Former “Empire” actor Jussie Smollett leaves the Leighton Criminal Courthouse in Chicago, Monday Feb. 24, 2020, after an initial court appearance on a new set of charges alleging that he lied to police about being targeted in a racist and homophobic attack in downtown Chicago early last year. (AP Photo/Matt Marton)