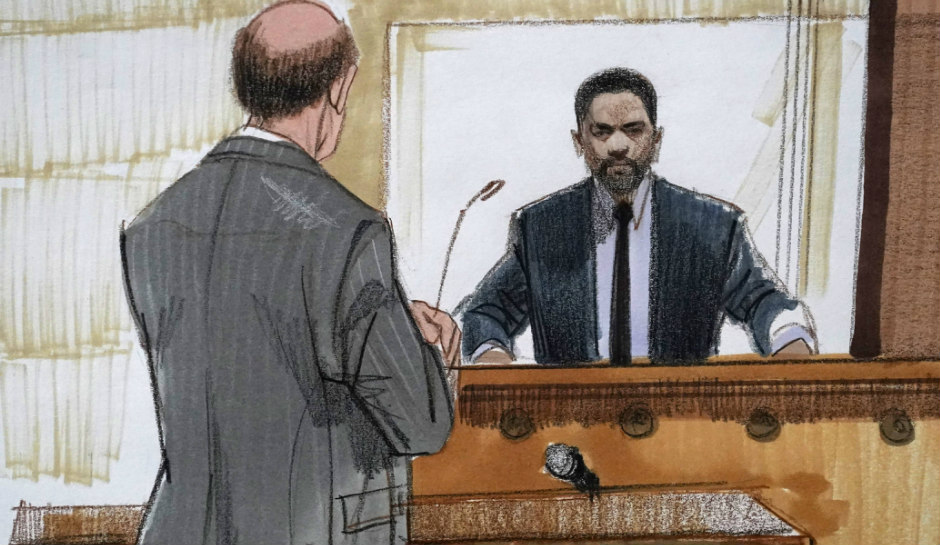 “Empire” actor Jussie Smollett became combative during his trial on Tuesday after prosecutors drilled him about private Instagram conversations he had with the man who supposedly attacked him.

As CrimeOnline previously reported, Smollett was charged with felony disorderly conduct for allegedly staging a hate crime targeting himself in Chicago, then reporting it to police. At the time, it was believed he left a Subway sandwich shop at 2 a.m. when he was attacked by two white men wearing ski masks.

On Tuesday, the prosecution completed its lengthy cross-examination by drilling Smollet, who took the stand for the second day, about his Instagram messages with Abimbola Osundairo.

As special prosecutor Dan Webb pushed Smollett for answers, the attorney read one of Smollett’s private messages to Abimbola aloud, which include the “n-word,” reportedly said in full and without censor, the New York Post reports.

“Sir, can you just spell the word or not say it out of respect for every African American in this room?” Smollett asked.

Webb subsequently apologized and allowed Smollett to read the message himself.

“N—a finally made it just landed haha,” the message read.

Webb also questioned Smollett about calling his supposed attackers “pale-skinned.” The Daily Beast reports that Webb suggested Smollett told police the attackers were white and “weaponized race as part of the publicity stunt.”

Webb: “Did you think by saying that the people that attacked you were white, it would lend credibility to a fake hate crime?”

Smollett: “You’d have to ask someone that did a fake hate crime.”

Smollett claimed in January 2019 he was attacked by two men who used racial and homophobic slurs and left a noose around his neck. Abimbola and Olabinjo Osundairo are Black, but Smollett told police he was attacked by pale-skinned assailants.

“I didn’t want to make the assumption that they were white. So I said, ‘Let me change that and just say that they were pale-skinned,’ ” Smollett testified. “They could’ve been a white person, they could have been a pale someone else.”

“By then, I certainly was saying ‘pale skin.’ I didn’t see the face and it wouldn’t be fair to say they were white.”

“They also said I had something to do with it and that’s not true,” Smollett said.

The trial resumes on Wednesday. Check back for updates.