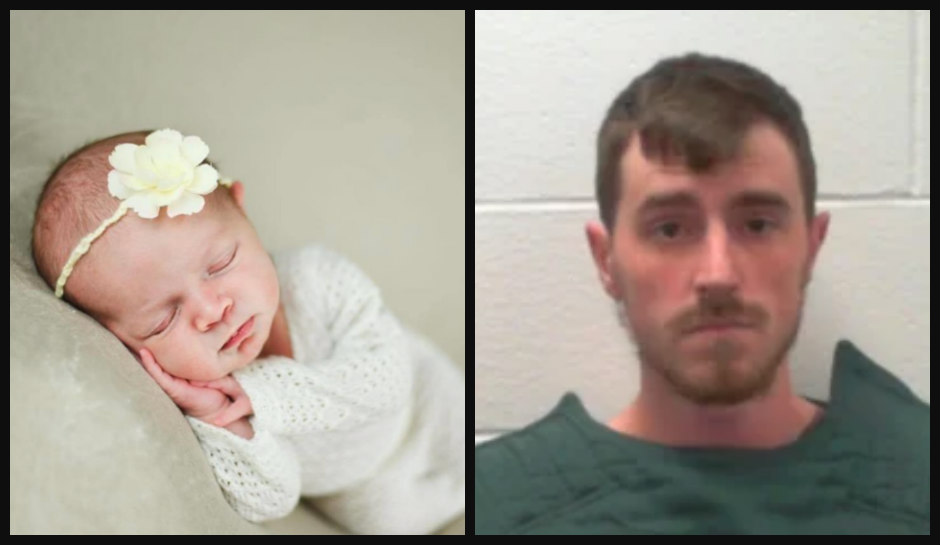 Dad Accused of Killing 2-month-old Daughter Gets Visitation Time with His Three Other Children: Reports

An accused murderer in Maine will get to visit his minor children for Christmas, although he’s facing charges for allegedly killing his infant daughter.

Trevor Averill, 28, is awaiting trial on murder and manslaughter charges, in connection with the death of his 2-month-old daughter, Harper. He’s currently out on a $25,000 cash bail with strict conditions, one being no contact with children under the age of six.

During the Christmas visit, Averill is allowed to have supervised contact with all three of his three surviving children.

In July 2020, police responded to a home off of Parish Road in Turner, after a 911 call was placed regarding an unresponsive baby. First responders took the infant, identified as Harper Averill, to the Central Maine Medical Center. She was subsequently transferred to the Maine Medical Center in Portland, where she passed away.

According to Assistant Attorney General Lisa Bogue, Harper died from a fractured skull and injuries consistent with someone shaking her violently, including a hyperextended injury to her spine.

“We also have autopsy information more details about the traumatic brain injury, retinol injuries in her eyes… so this was a very violent event that occurred to this child. The child was presenting normally to every witness account until after she was alone with the defendant,” Bogue said.

Averill reportedly admitted to once grabbing the baby by the chest. Bogue said it was “consistent with the healing rib fracture that was discovered by medical professionals.”

The suspect pleaded not guilty to both charges against him.

Averill’s “absolutely supportive family” and his long-time job and connections in the community helped get his bail reduced. Prosecutors initially requested secure bail at $50,000.

Averill’s attorney, Jeff Wilson, also had concerns regarding what he says is a lack of physical evidence so far in the case.

“I would argue it sounds like a circumstantial case at best [based on] speculation as to what happened to this child,” Wilson said.