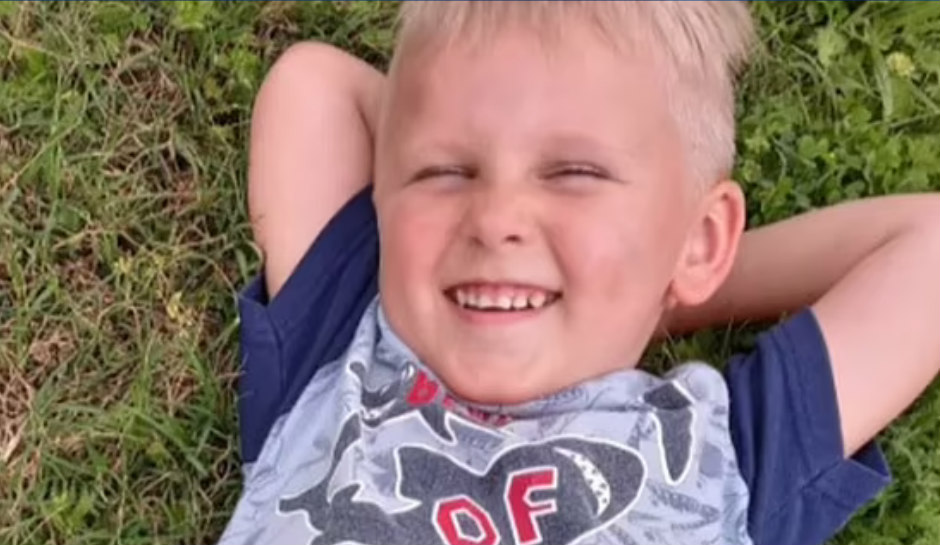 A 4-year-old Oklahoma boy is in the hospital after a brutal dog attack left him without an arm.

According to Fox 59, Axel Foster was at his grandparents’ home in Tecumseh, near Oklahoma City, on Friday night when he reached his hand into his grandmother’s dog pen to pet one of the several pit bulls inside. The dog reacted by biting down on Axels’ arm, ripping it from his body.

“I’ve seen dog bites in the past and experienced some pretty brutal dog bites with children but never a complete amputation,” Chief JR Kidney, with the Tecumseh Police Department, said.

When police arrived at the home, the boy’s grandmother was holding him while standing in her driveway. The officers could see that Axel’s right arm was missing below his shoulder. As police went to the pen to recover the boy’s arm, one of the dogs became aggressive and was subsequently shot and killed.

“I could see the arm inside, and one of the puppies was trying to chew on it,” Officer Aaron McCormick wrote in a police report, according to NBC 4.

Axel’s mom, Destiny McDow, said her son was rushed to a hospital where a doctor attempted to reattach his arm. The surgery was reportedly unsuccessful.

“We raced to the hospital,” McDow said. “When we got there, the nurses confirmed his arm was dismembered from his body. I don’t know what he’s going through. I never went through it. But he’s only a child…What if he doesn’t make it through?”

Tecumseh Police Department and the Department of Human Services are now working to determine if the child was being properly watched. If Axel was unsupervised when the attack happened, the grandparents could possibly face neglect charges.

Meanwhile, the family set up a GoFundMe page to help out with Axel’s medical care.

“He has undergone two surgeries, and is still fighting not only to keep his arm but his life,” McDow wrote on the GoFundMe page. “I am asking for help to save my baby boys life.”