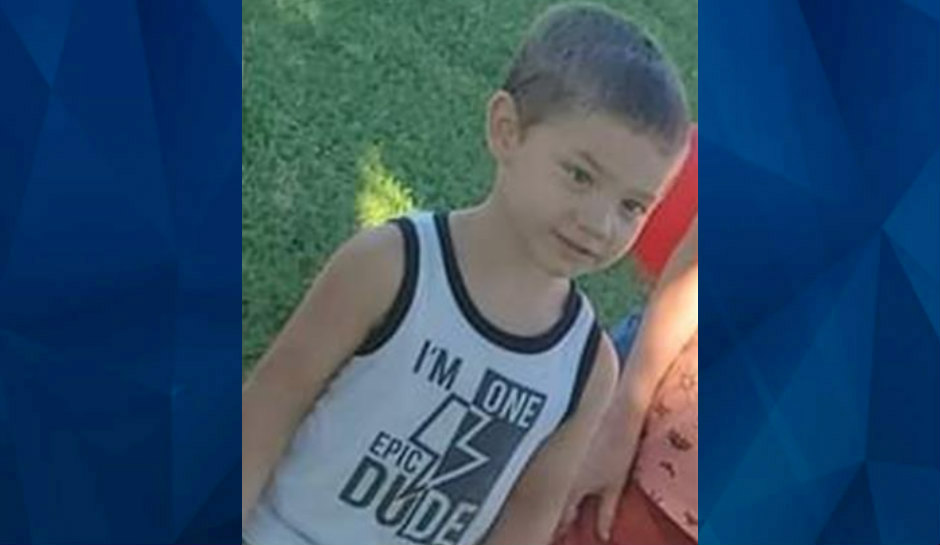 A Pennsylvania boy is dead after police say his older brother shot him in the head while the child jumped on a bed.

According to police, 5-year-old Connor Wolfe and his three siblings (ages 13, 6, and 3) were home alone in their Penn Hills residence on November 22. The younger children began jumping on the bed, leading the oldest child to pick up a loaded up gun and shoot it “out of anger.”

“(McGivern) stated he pulled the trigger out of anger but couldn’t recall exactly what he was angry about at the moment,” a criminal complaint read.

The 13-year-old later confessed to investigators that he pointed the gun out to scare the children into listening to him. The suspect reportedly said he thought the safety was on the gun.

TribLive reports that the suspect has been identified as Keegan McGivern.

When police responded to the home, they saw Connor’s mother performing CPR on him as he lay on a bedroom floor. They also found a Smith & Wesson 9mm gun that belongs to the suspect’s father.

Police initially thought Connor’s 6-year-old sibling pulled the trigger, but Keegan’s grandmother took him to the police station where he confessed.

“The victim, a 5-year-old male, sustained a single gunshot wound and was transported to an area hospital, where he was pronounced deceased,” a statement from the Allegheny County Police said. “Detectives determined that four children (ages 13, 6, 5, and 3) were left unsupervised while a loaded and unsecured handgun was left within the reach of each child.” 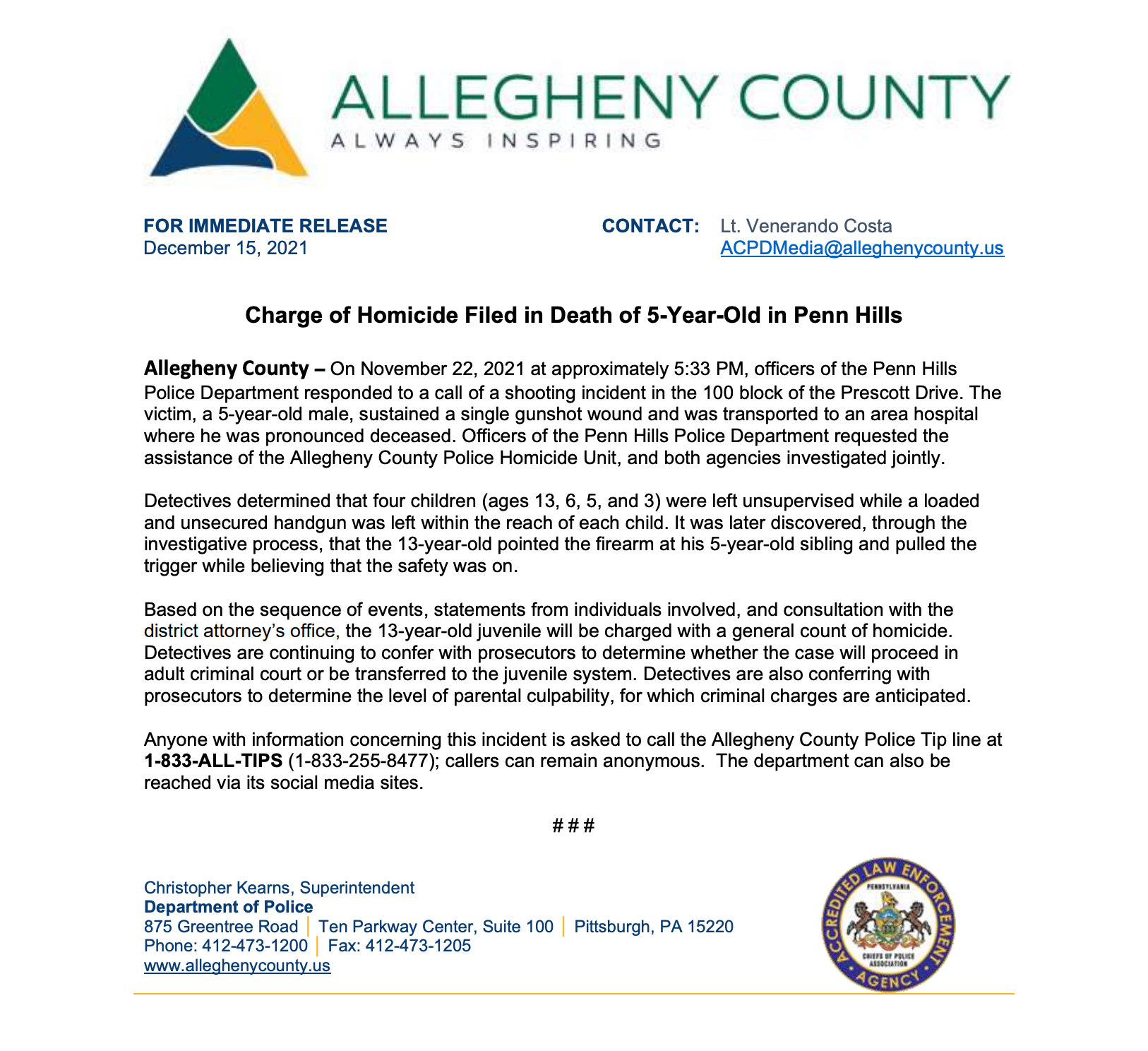 The Pittsburgh Post-Gazette reports that the teen was arrested Tuesday and charged with criminal homicide. Police reportedly said that charges against the parents are possible after they allegedly left a loaded weapon in the home with unsupervised children.

“[Detectives are] conferring with prosecutors to determine the level of parental culpability, for which criminal charges are anticipated,” a police statement read.

The DA’s Office charged Keegan McGivern as an adult in the case. The suspect’s defense lawyer is pushing to have him transferred to a juvenile facility, the prosecution said the current charge applies to adults only.

“What happened in Penn Hills was an intentional act that resulted in the tragic death of a 5-year-old,” a statement from the DA read. “The 13-year-old was charged as an adult because Pennsylvania law does not permit a charge of criminal homicide to be filed directly in juvenile court.”