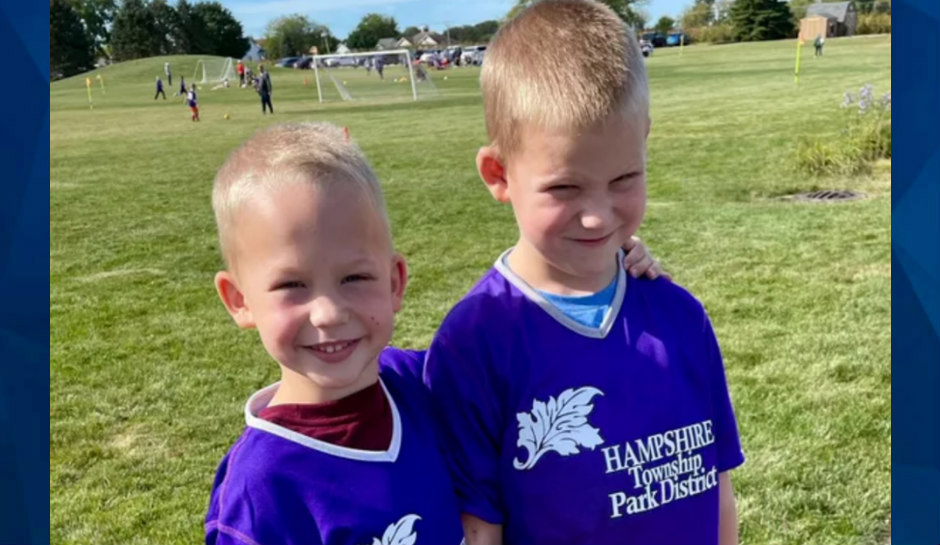 Police say a man arrested Tuesday is a person of interest in the tragic shooting deaths of an Illinois father and his two young sons.

According to police, U.S. Marshals arrested 24-year-old Alize Smith on Tuesday, on unrelated charges. He’s now considered a person of interest in connection with the deaths of a father and his sons, identified as Andrew Hintt, 31, and Benjamin and Sebastian Hintt, ages 7 and 5.

As CrimeOnline previously reported, three victims were found inside Andrew Hintt’s Belvidere home in the 600 block of Union Avenue on Sunday, dead from apparent gunshot wounds. Police said they recovered evidence in the case when investigators searched a home in the 11000 block of Timer Drive in Huntley.

According to CBS 23, Smith was arrested at the same Timber Drive home for outstanding parole violations. Smith spent four years in an Illinois prison for aggravated robbery. He was released in July 2021, online court records indicate.

Boone County Coroner Rebecca Wigget said all three deaths have been classified as homicides. Smith has not yet been charged in the case but remains a person of interest.

According to Hintt’s aunt, Theresa Eileen, Andrew was self-employed, owned a meat truck, and “spoiled the heck out of his kids.” Andrew was reportedly in the process of moving to California and starting a new life.

“They were just trying to start a new life, somewhere beautiful,” Eileen said. “They both loved it out there. They had been out there for about a month looking for a place to live.”

Andrew and his fiancee had five children together, including the oldest two, Benjamin and Sebastian. Hintt’s fiancee and the three youngest children were in California when the deadly incident happened, according to family members.

Benjamin and Sebastian reportedly lived with relatives in the area, but their father was given weekly visitation with them. He was hoping to have the boys live with him permanently once he got settled in California.

A GoFundMe page set up by the victims’ family says, “the boys were energetic, loving and they brought a smile to those around them.”

Anyone with any information regarding the case should contact the Belvidere Police Department at 815-544-2135 or Boone County Crime Stoppers at 815-547-7867.