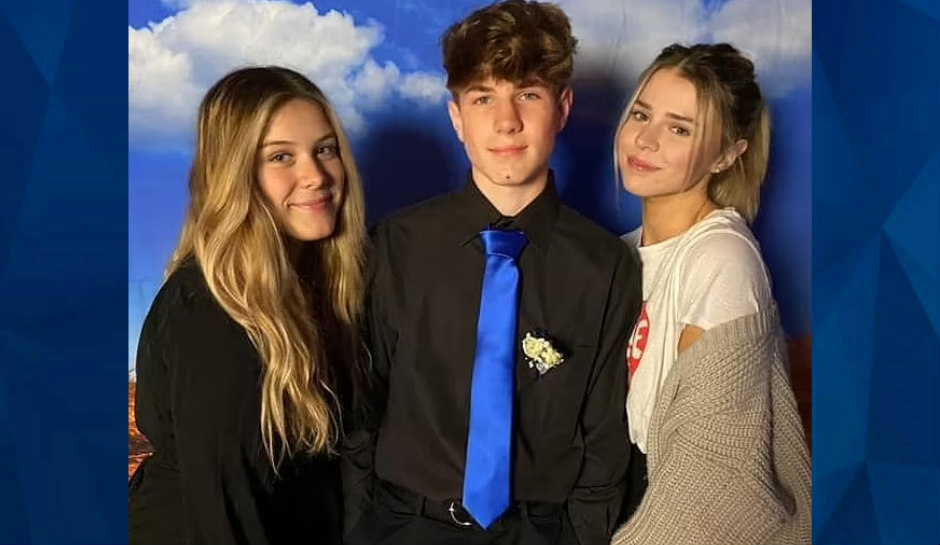 ‘THEIR PRESENTS ARE STILL UNDER THE TREE’: Distraught mom’s 3 children killed by alleged drunk driver

Three Louisiana siblings lost their lives after another driver allegedly crashed into them Friday night, apparently while driving the wrong way.

According to Today, Lindy Simmons, 20, Christopher Simmons, 17, and Kamryn Simmons, 15, died when a truck smashed into them while driving on Interstate 49 near St. Landry Parish. The children’s mother, Dawn Simmons, along with Christopher’s girlfriend, Marissa, was rushed to a local hospital following the crash.

Police say a suspect identified as 54-year-old John Lundy was driving the wrong way on Interstate 49 when he crashed into the Simmons family’s SUV. Both Lundy and Lindy Simmons were pronounced dead at the scene, while Kamryn, Christopher, and the two women were rushed to the hospital.

Dawn and Marissa are expected to survive, but both Christopher and Kamryn died from the injuries at the hospital.

A GoFundMe page set up by the siblings’ sister, Katie (Simmons) DeRouen, indicated that Lundy was intoxicated when he crashed his vehicle into the family. Trooper Thomas Gossen with Louisiana State Troop I, however, indicated that authorities are waiting for the toxicology samples, which are currently pending at the Louisiana State Police Crime Lab, NBC 6 reports.

“A selfish, scum of the earth human, decided to get behind the wheel intoxicated.” the GoFundMe page read. “This person was driving north in the southbound lane on the interstate and plowed head-on into my family’s car.”

According to police, Lundy also died after the crash. DailyMail reports that he was from Dallas, Georgia. The Advocate reports that police confirmed Lundy drove his 2005 Chevrolet Colorado pickup truck the wrong way down the interstate, in the southbound lanes. Lundy was the only person in his truck.

“The absolute hardest part of this entire experience, next to losing my siblings, is knowing that my mom will be informed of this whenever she awakens,” DeRouen said.

“It is absolutely gut wrenching for me to share this and I am passionately sharing in hopes of raising awareness of how devastating getting behind the wheel intoxicated can be.

“We are crushed. We are empty. We are devastated. We are in disbelief. We are hurting. We don’t know how we will ever find joy in anything again.”

The Louisiana State Police continue to investigate the crash. Check back for updates.