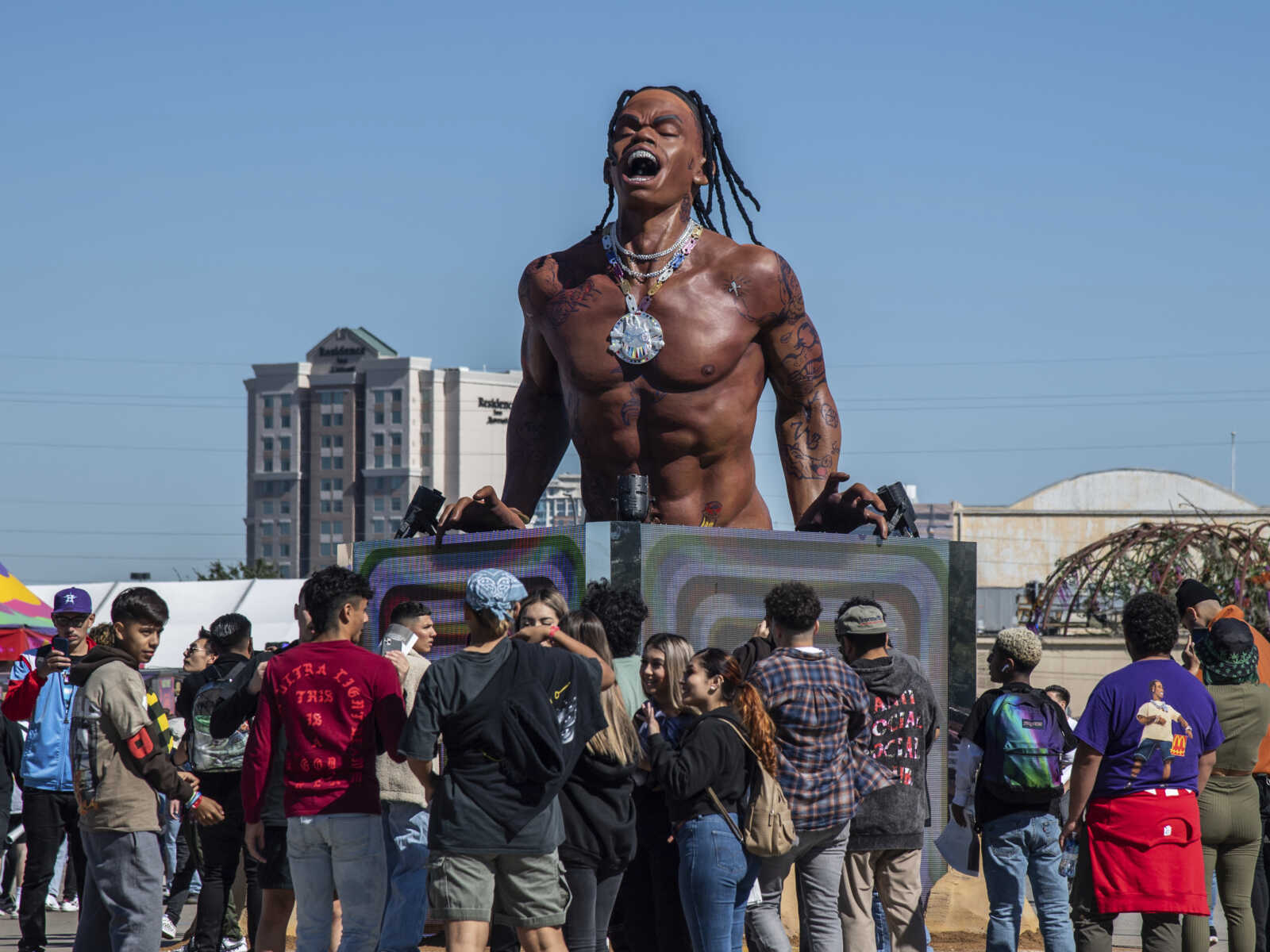 A chaotic opening night at the Astroworld Festival results in 10 people dead and hundreds more injured, as the crowd of 50,000 people surges toward the stage during Travis Scott’s concert. Victims range in age from nine to 27.

The event, which reportedly drew 50,000 people, turned deadly around 9:30 p.m. Friday when the crowd began rushing toward the stage. There are reports of people being trampled, as well as an investigation into whether some attendees were unwittingly injected with drugs.

Medics transported 25 people to the hospital, 11 of whom were in cardiac arrest, according to authorities. According to the medical examiner’s report, all 10 of the victims died from compression asphyxia.

[Feature Photo: Festival goers are seen on day one of the Astroworld Music Festival at NRG Park on Friday, Nov. 5, 2021, in Houston, Texas. (Photo by Amy Harris/Invision/AP)]