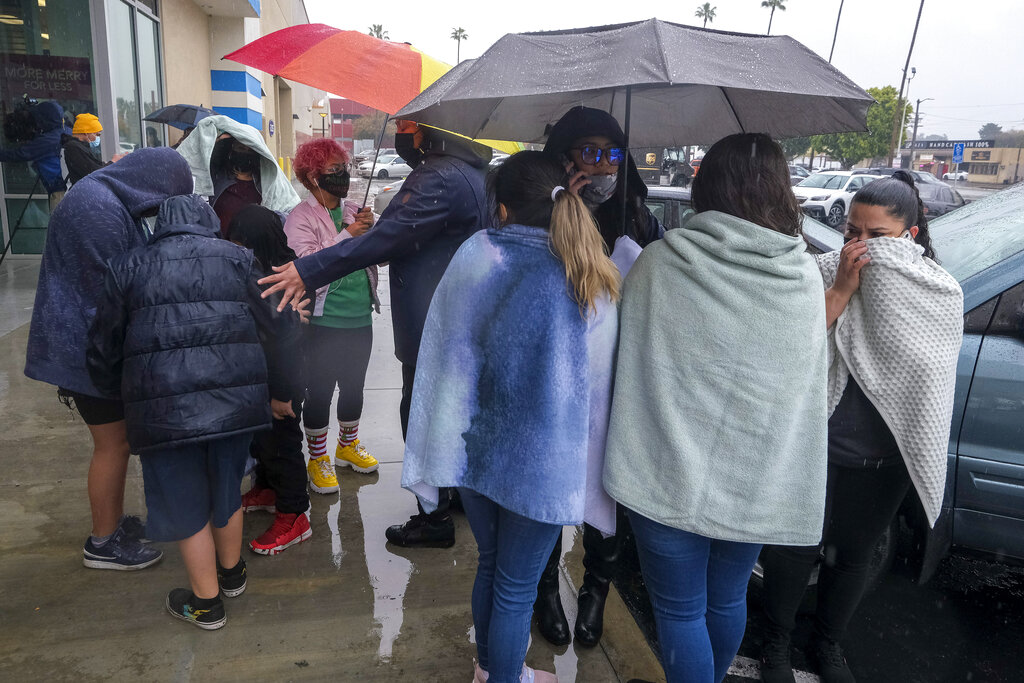 A 14-year-old girl died in a police shooting at a Burlington Coat Factory in Los Angeles on Thursday.

As ABC 7 reports, Valentina Orellana-Peralta, 14, was fatally shot while in a dressing room in the North Hollywood store. Authorities have not officially confirmed the circumstances of her death, but the Los Angeles Police Department reportedly believes that an officer’s bullet struck the girl, though police did not intent to shoot her.

Around midday Thursday, officers responded to a report of an assault with a deadly weapon are were pursuing a suspect they believed to be armed, CBS Los Angeles reports.

“While they were en route, they also received additional radio calls from multiple people indicating there was a possible shooting in progress, possible active shooter. A number of those individuals indicated that they were sheltering in place and they were taking cover,” said LAPD Capt. Stacy Spell at a news conference.

While apparently aiming to fire at a suspect, an officer at the scene discharged their weapon upon witnessing an assault, and the bullet reportedly pierced the wall of a fitting room where the Orellana-Peralta was reportedly trying on outfits for her upcoming quinceañera.

“One of the rounds apparently struck a wall behind the suspect and behind that wall was a fitting room, and inside there, tragically was this 14-year-old girl and her mother,” LAPD Chief Michel Moore told the news station.

Police also shot a suspect, who was pronounced dead at the scene, according to the report.

Law enforcement sources told the news outlet there is no known relationship between the teen victim and the deceased suspect. The ABC 7 report also notes that police have not confirmed the suspect had a firearm, though he did allegedly assault a woman with an unidentified metal object.

The fatal incident is under investigation, and the officer who shot the girl has been placed on administrative leave.