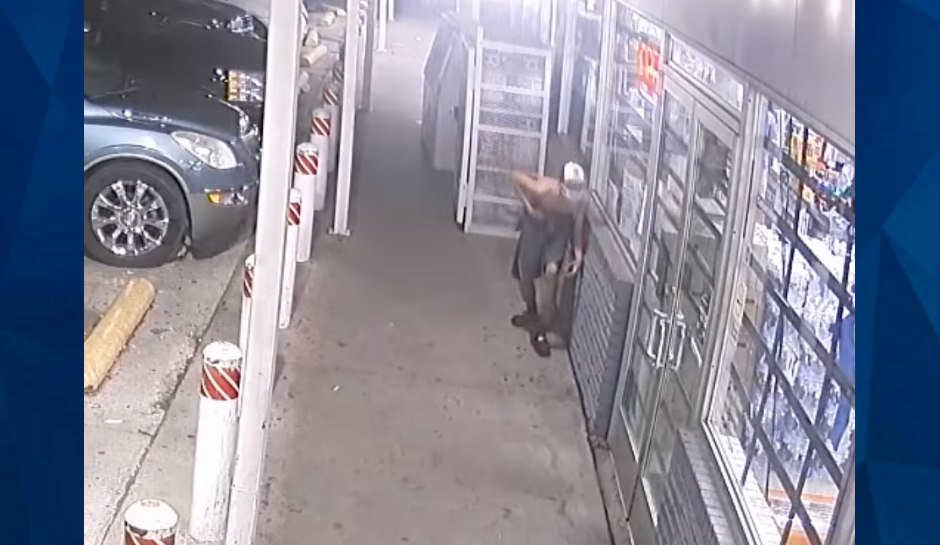 A triple homicide in Texas was captured on video over the weekend as a shirtless suspect opened fire inside a Food Mart convenience store.

According to Blaze Media, the incident happened at a store in Garland, in the 700 block of West Walnut Street on Sunday. As the shirtless suspect, thought to have been a 14-year-old, walked into the store, he pulled out a gun and began shooting. While one victim was seriously injured, the other three passed away from their injuries.

Police say all four victims were teenagers. Fox 4 reports that the driver of the getaway car, 33-year-old Richard Acosta, turned himself in on Monday night. He’s been charged with capital murder. The 14-year-old suspect was captured, but authorities released him to his parents. He has not been charged.

According to police, it’s not clear if the 14-year-old was the actual person that fired the shots. He does, however, remain a person of interest.

“When we took him into custody, he had knowledge of the shooting. But just because he had knowledge doesn’t mean he pulled the trigger,” Lt. Pedro Barineau with the Garland Police Department said.

Investigators said that additional details about the case cannot be shared at this time but they think the shooting was a targeted attack stemming from a previous altercation.

An unnamed 15-year-old was shot and taken to the hospital in serious condition.

Anyone with information about the case should contact the police at 972-485-4840. You can also leave an anonymous tip to Crime Stoppers at 972-272-8477 or garlandcrimestoppers.org. A reward leading to the capture of the gunman is being offered.