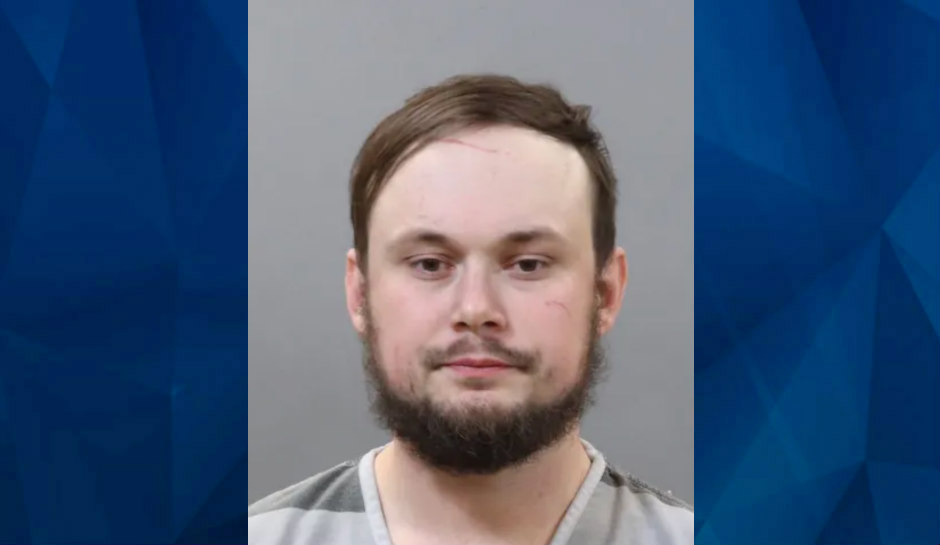 A convicted sex offender is facing charges after allegedly hiding naked in a stranger’s house earlier this month while stealing items from the residence.

According to the Knoxville Police Department, Daphne Crowley came home to her Knoxville apartment find Michael Tyler Henegar, 27, inside her home wearing nothing but a pair of child’s Nike Air Jordan shoes. Crowley said the shoes were intended for her daughter for Christmas.

NBC 8 reports that when Crowley arrived home, she noticed her daughter’s bedroom door was closed. She began knocking until Henegar allegedly opened it and fled outside into some nearby woods. Before leaving, the suspect had allegedly put a handheld work light and a drill inside a Scooby-Doo bag. He also put a pair of children’s shoes in the bag, police said.

Crowley asked her daughter to call the police while Crowley chased the intruder. When police arrived, they found Henegar in a wooded area close to Crowley’s home.

“I chased him with these sticks cause had I got a hold of him, I would have beat him. But he ran down the street into this pathway,” Crowley said.

Tyler had the Scooby-Doo bag in possession, police said, along with the items he allegedly took from the victim’s home, in addition to toothbrushes and other items from the home. He was taken into custody and charged with aggravated burglary.

“When they found him, he had stuff I knew that I had bought and had been looking,” Crowley said. “He took my grandkid’s toothbrush, toothpaste, Christmas stuff that we put in stocking stuffers. He took my daughter’s brand new Jordans.”

“I’m calm now, but at the time I was literally shaking and cried because it’s scary. You think these people are in your house and they are sex offenders and you have your kids running around and you’re thinking you’re safe.”

According to Fox 2, Crowley said she believes that the suspect has broken into her home before, going by what police found in his possession.

“Because when they found him, they found stuff that I knew I had bought and had been looking for,” she said.

Henegar was convicted in 2014 of sexual exploitation of a minor (a 14-year-old girl) through electronics. He also has multiple violations for failing to register as a sex offender.