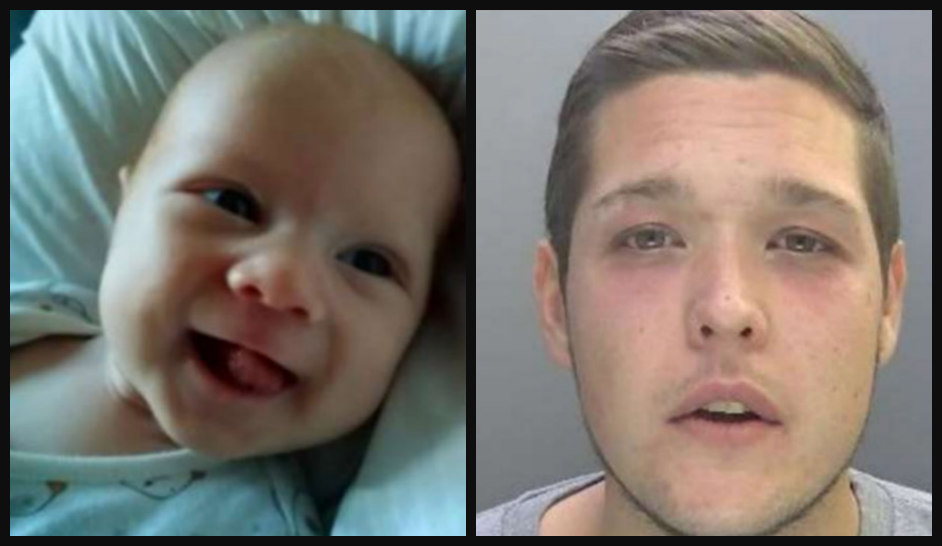 A convicted baby killer was captured on footage feigning shock after learning he was under arrest for the attempted murder (and later, murder) of his girlfriend’s 12-week-old son, Teddie Mitchell.

During a two-part special of “24 Hours in Police Custody,” a true-crime British docuseries that takes viewers behind the scenes of investigations, police footage taken in 2019 showed the moment convicted baby killer Kane Mitchell learned he was going to jail.

“He is completely devoid of any remorse or empathy, that’s the thing I find really hard. It’s all about Kane and not what Teddie’s been through,” Detective Inspector Lucy Thompson said, according to The Mirror.

Police arrested Mitchell at Hinchingbrooke Hospital in Huntingdon, where 12-week-old Teddie passed away from his injuries. Mitchell sat next to his girlfriend, Lucci Smith, 30, at the hospital while doctors attempted unsuccessfully to save the baby’s life.

The pair had been dating for around eight months when the incident occurred.

As CrimeOnline previously reported, Mitchell was babysitting Teddie while Smith attended school in early November 2019. The pair lived together in a flat in St Neots, Cambridgeshire, England.

During a four-week trial at Cambridge Crown Court in 2020, prosecutors laid out details on how the baby had trauma to his head from Mitchell hitting it against a hard surface. Mitchell is also accused of shaking the baby and gripping him too hard.

After Smith returned home from school on the day in question, she noticed her son seemed unusually lethargic and refused to take his bottle. She contacted the baby’s pediatrician, who advised her to call 999, but Smith apparently waited around 30 minutes before calling.

Teddy was eventually taken to the hospital, where doctors said the baby had severe brain bleeding and a fractured skull.

BBC reports that the infant also had a collarbone fracture and rib fractures, which “would have led to Teddie screaming in pain… up to a point when he would have become unconscious,” jurors heard.

Doctors later said Teddy would likely never recover. After several weeks on life support, he passed away on November 11, 2019. An autopsy report indicated that the skull fracture and lack of oxygen caused the infant’s death.

During the trial, the jury heard from neighbors that the couple argued non-stop after Mitchell had moved in. During a police interview, however, Smith claimed she was in a caring relationship with Mitchell and hardly ever argued with him.

Social workers indicated that Mitchell had previously punched Smith, which led to a social worker being assigned in September 2019. Mitchell told police he thought the baby was his, although a DNA test taken after Teddy died showed that Mitchell wasn’t the biological father.

It took the jury two days to return a guilty verdict. Mitchell was convicted of murder while Smith was convicted of child neglect for “failing to act once it was obvious that Teddie was very seriously ill.”