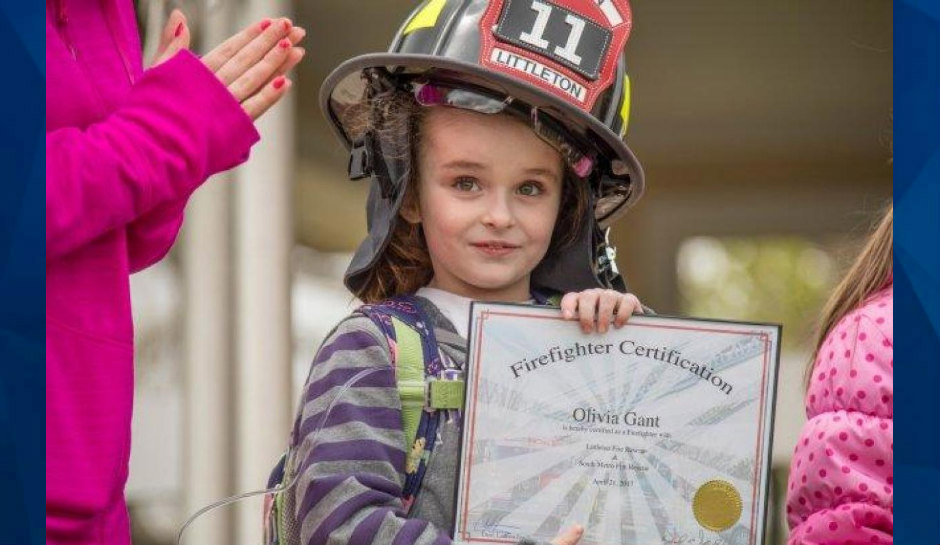 A Colorado mother admitted that she faked her 7-year-old daughter Olivia Gant’s terminal illness, causing multiple unnecessary surgeries and medications that led to her death.

On Monday, Kelly R. Turner, 43, pleaded guilty to negligent child abuse that caused her daughter’s 2017 death, along with felony theft and charitable fraud. According to the Denver Post, Turner “put her head in her hands and wept ” when Douglas County District Court Judge Patricia Herron asked how she wanted to plead.

As CrimeOnline previously reported, Turner previously claimed Olivia was diagnosed with neurogastrointestinal encephalomyopathy. According to the National Institutes of Health, the disease attacks body parts, particularly the nervous system and digestive system.

Turner also said Olivia was autistic and had seizures, a tumor, a misshapen head, a brain malformation, and developmental delays, according to an arrest affidavit.

After reaching the attention of national media, Olivia rode in a police car, fed sharks, and got to play a “fireman” while shooting water at a fire. The little girl gained media attention as she checked off her “bucket list” while battling a supposed terminal illness.

The plan began in 2011 when Turner started blogging about Olivia’s medical conditions on her personal blog. Turner wrote that Olivia had a brain malformation that caused seizures. As the months and years passed, Turner expanded her writing to social media. Each time, she wrote that Olivia’s conditions had worsened.

Turner defrauded Medicaid of over $500,000, claiming that her oldest daughter had cancer. She also defrauded Make-A-Wish Foundation for over $11,000 after making false claims about Olivia’s illness.

On August 20, 2017, Olivia passed away, supposedly from intestinal issues, but authorities said back then that Turner was responsible for the little girl’s death.

In 2017, Olivia was admitted to the hospital because she was nutrient deficient. Her sole source of nutrition came from a feeding tube. Doctors told Turner that her little girl could not survive on IV nutrition. Turner was given the option of taking Olivia home or to hospice care, the indictment against Turner read.

Turner then withdrew all medical assistance and nutrition from her daughter.

Dr. Kristen Park said Olivia showed no signs of having seizures. The doctor told investigators that she advised Turner several times to stop giving Olivia an anti-seizure medication that came with severe side effects.

Doctors’ suspicions heightened when Gant brought her older daughter in for a checkup in 2018 and claimed the girl had “bone pain.” After the oldest daughter, 11 at the time, was removed from Gant’s care, she said she stopped having pain.

Olivia’s body was exhumed in 2018. An autopsy performed by a forensic pathologist found no physical evidence of the illnesses and conditions that Turner claimed her daughter had.

Turner was subsequently arrested and charged with first-degree murder.

Turner was initially charged with first-degree murder but a plea agreement allowed Turner to agree to a 16-year prison sentence for child abuse. She’ll serve the sentence at the same time as a 10-year sentence for theft and, and another three years for the additional theft conviction.

The judge still has the option to reject the plea deal.

“That does not mean I will not impose it,” Herron said. “For any number of reasons, I understand how we end up here. But it’s difficult when we have the death of a young child.”

“A death after, what the court considers from my review of the documents, after this child had been submitted to a lifetime of painful, frightening tests and surgical procedures ultimately resulting in this child’s death. It is unthinkable, and from this court’s perspective, generally would be met with the harshest of sentences.”

Turner is scheduled to return to court on February 9 for sentencing.