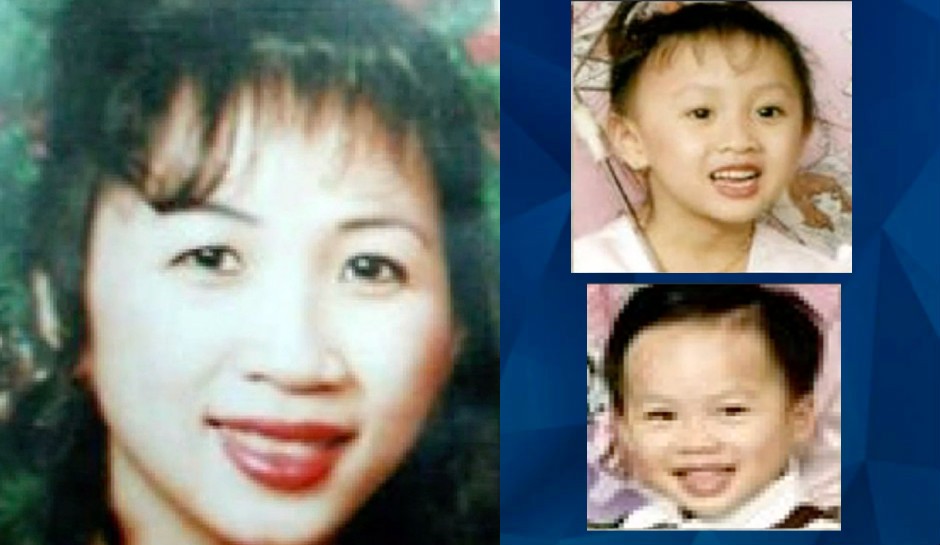 Remains Found in Submerged Car ID’d as Indiana Mom Who Vanished With Her Kids; Children are Still Missing

Authorities in Indiana have identified the partial human remains found last year in a submerged vehicle as a woman who disappeared with her two young children 20 years ago.

WLWT reports that Stephanie Van Nguyen’s partial remains were found in an SUV that was pulled from the Ohio River in October. Van Nguyen and her two children, Kristina, 4, and John, 3, vanished from their home in Delhi Township in 2002. The mother was 26 at the time.

According to the report, a detailed analysis determined that the fibula bone found in the SUV belonged to Stephania Van Nguyen. No additional human remains were in the vehicle, and the children remain unaccounted for.

The report also reveals that Stephanie Van Nguyen left a note before she vanished, saying that she was going to drive into the Ohio River. It is not clear from the report if the note said she would bring her children with her.

Dearborn County Coroner Cameron McCreary told WLWT that the children will continue to be listed as missing people and their cases will remain open unless or until family members request that they be declared legally dead. The coroner’s comments would appear to suggest that authorities do not believe the children survived.

“I am happy we were able to finally give Ms. Nguyen’s family some closure in this almost two-decade-long search for their loved one,” McCreary said.

Investigators will conduct another water search for possible additional remains when the weather allows, WLWT reports.