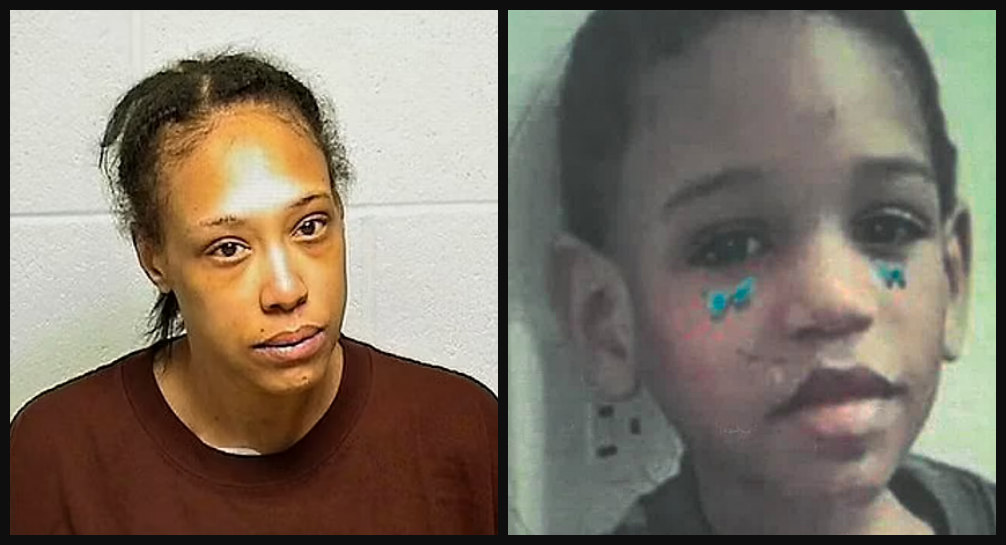 A Chicago mother and two of her children are facing charges after her young son was found dead in Indiana.

Jannie Perry (pictured), 38, has been charged with first-degree murder in connection with the death of her 5-year-old son, Damari Perry. Two of the boy’s siblings also facing charges for their involvement, including a 16-year-old minor and Jeremiah R. Perry, 20.

As CrimeOnline previously reported, Jannie Perry reported Damari missing on January 5, a week after the boy’s actual death. Perry and Damari’s 16-year-old sister said the boy vanished the day before after a woman named “Monique” and a man known as “Wacko” or “Chaos” drove the two siblings to a party/playdate in Skokie.

The sister said she had several drinks and fell asleep, and when she awoke, Damari and “Wacko” were gone.

“She had a cocktail. I guess someone put something in her drink. She ended up falling asleep. When she woke up, my son was gone. When she questioned the girl about where my son was the girl said she didn’t know,” Damari Perry previously said.

Police launched an investigation and quickly determined that the evidence they found didn’t match up with the story told by the family and was “completely false.”

On Saturday morning, North Chicago police announced that Damari’s body had been found near an abandoned home in the 700 block of Van Buren Street in downtown Gary, Indiana. The Lake County Coroner’s Office found “postmortem thermal injury/charring” over the child’s body, with signs of bruising on one leg, an “extremely cold core temperature, and partially frozen internal organs.”

Jannie Perry allegedly forced the victim into a cold shower, which led to him throwing up and subsequently passing away, before she disposed of him.

“Prosecutors, investigators, and victim support professionals worked late into the night and into the early morning to make sure we understood this tragic crime now, because of their rigorous and detailed investigation, we will be able to bring Damari’s killers to justice in a courtroom,” Lake County State’s Attorney Eric Rinehart said.

Demari’s father, Dalvin, told ABC 7 that he hadn’t seen his son in quite some time but got word from others about his disappearance and death.

“I’m lost, man. I feel like I lost a part of myself when I got that call,” the boy’s father said.

“He was the best thing you can ever have for the time that I had to spend with him. It was some of the best time that I had in my life. He was just the life of me, man. It’s like you can walk in the room and everybody loved him.”

During a Sunday court hearing, prosecutors said Jannie and Jeremiah Perry made plans on how to dispose of the child’s body and how to get him back to Indiana. Prosecutors said no one bothered to call 911.

Jeremiah Perry has been charged with aggravated battery causing bodily harm to a child under 12, concealing a homicidal death, and obstructing justice. His bond was set at $3 million, and he’s been ordered to have no contact with family He’s due in court again on Tuesday.

Jannie Perry has been charged with first-degree murder, concealment of a homicidal death, and obstructing justice. The charges against the juvenile are unclear at this time.