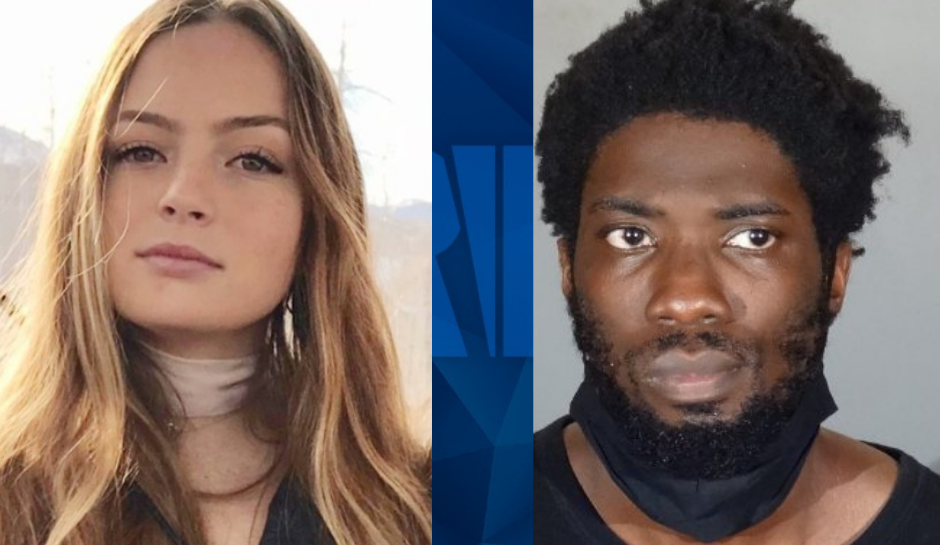 Police in Pasadena, California, have released the 911 call placed by a witness who believed they recognized the suspect in the murder of a UCLA grad student, who had been on the loose for a week after allegedly killing Brianna Kupfer at her place of work.

As CrimeOnline previously reported, Kupfer, 24, was working alone on January 13 at the high-end furniture store where she was a design consultant when  Shawn Laval Smith, 31, entered the store and allegedly stabbed her to death before fleeing. Kupfer had texted a friend that someone in the store was giving her “bad vibes,” but the friend did not immediately see the text. A customer found Kupfer in a pool of blood about 20 minutes after police believe she was killed. There is no known motive for the fatal attack, which investigators believe was random.

The suspect had been seen in surveillance footage taken the day of Kupfer’s murder, and police identified him earlier this week, releasing his name, and updated description, and clearer photos of Smith on Tuesday. The next day, a witness in Pasadena spotted a man he believed to be Smith and called 911. Hear the call, obtained by Fox News, below:

In the call, the unidentified witness speaks calmly and provides details about where he saw the possible suspect, who he indicated was on foot and moving through the the area.

“Hello, I am calling because I see a gentleman who looks very similar to the suspect in the Kupfer stabbing in L.A.,” the witness said. “I’m in Pasadena…He just walked past the corner of Green and Terrace, in Pasadena.”

Pasadena is about 15 miles from the Hancock Park neighborhood of Los Angeles where Kupfer was killed.

The witness told police that they recognized Smith from the clothing description and images provided by authorities, who had previously posted a $200,000 reward for information leading to Smith’s captures. $200,000 of that was collected from community donations.

As previously reported, police said on Thursday that Smith was found on a park bench. The latest information indicates that the suspect was on the bench when police approached him, as the 911 caller told dispatch that Smith was walking. Though Smith initially gave police a false name, the LAPD sent detectives with a device for taking fingerprints, which confirmed Smith’s identity.

The suspect is now in custody in Los Angeles on $2 million bond.