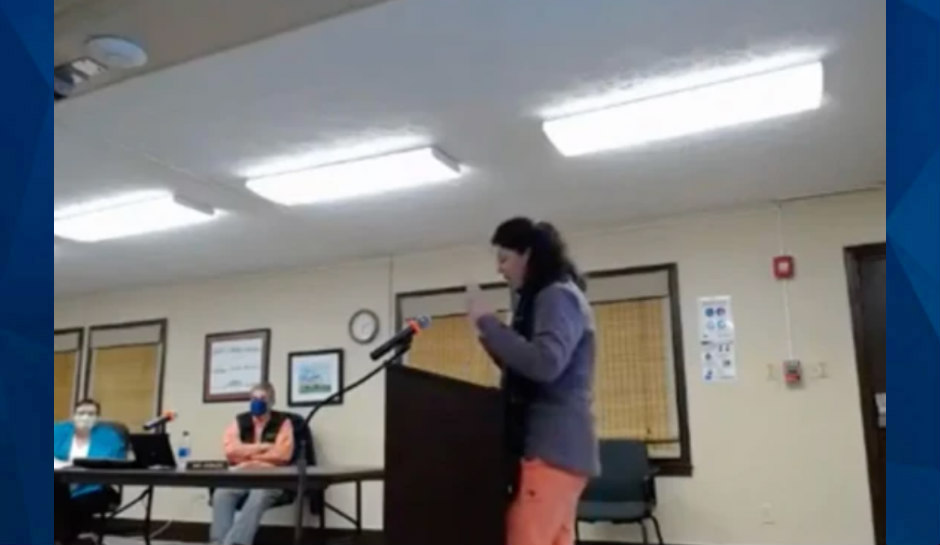 A Virginia woman was charged last week after a comment made at a school board meeting landed her in hot water.

According to NBC News, Amelia King, 42, allegedly made a threat while at a Page County public school board meeting on Thursday. While school board members voted on whether masks would be required for students, King took the mic for around three minutes before she was cut off.

“All right. No mask mandates,” King said. “My children will not come to school on Monday with a mask on. That’s not happening, and I will bring every single gun loaded and ready.”

Police arrested King and charged her “oral threat while on school property.” She was later released on $5,000 bail.

On Thursday, King sent an email to the school board. She reportedly claimed that she was speaking metaphorically and meant she would muster up “resources” to make sure her children wouldn’t have to wear masks to school.

“I in no way meant to imply ‘all guns loaded’ as in actual firearms, but rather all resources I can muster to make sure that my children get to attend school without masks,” the email read, according to a school board member. “My sincere apologies for my poor choice in words.”

New York Post reports that the school board ultimately voted 4-2 in support of “masking the choice of the parent.” All staff members, however, will be required to wear masks.