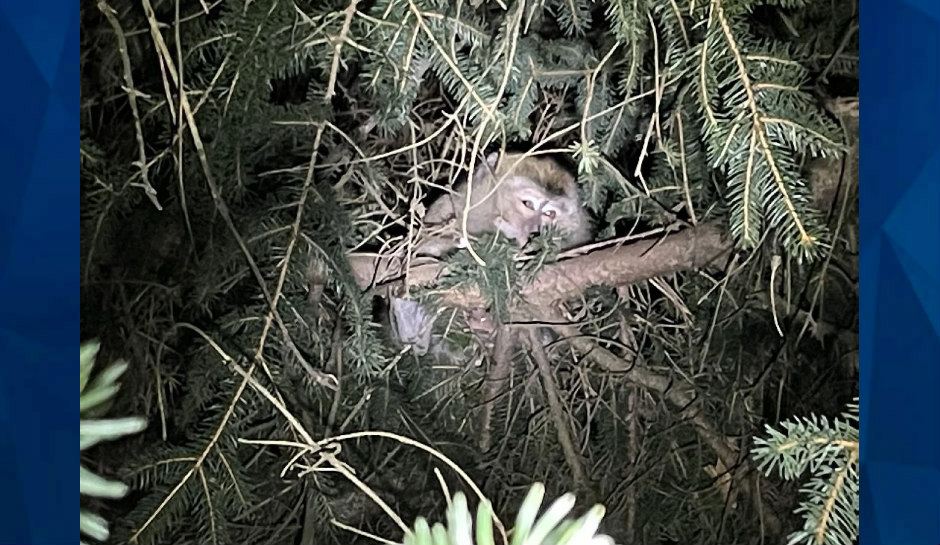 A collision between two trucks in Pennsylvania Friday resulted in multiple monkeys escaping a vehicle, and a woman who stopped to help is now worried about health concerns.

According to PA Homepage, Michelle Fallon saw the crash between a pickup truck full of 100 cynomolgus macaque monkeys collide with a dump truck Friday in Danville. The incident happened off of Route 54 meets Interstate 80.

Fallon “came in close contact” with one of the monkeys when it hissed at her, the outlet reports. She’s now been given a rabies shot and anti-viral medication.

“He just asked if his trailer was okay. He never said, ‘if you do come near a crate do not touch it,’ if he would have told me that, I would have been more careful,” Fallon explained, referring to the driver of the vehicle carrying the monkeys.

“I was close to the monkeys, I touched the crates, I walked through their feces so I was very close. So I called to inquire, you know, was I safe?”

The monkeys, who were on their way to Missouri for lab testing.  were not quarantined or monitored.  Fallon said the Centers for Disease Control and Prevention (CDC) told her to take all precautions to keep herself safe.

“Because the monkey did hiss at me and there were feces around, and I did have an open cut, they just want to be precautious,” said Fallon.

Meanwhile, the USDA is now investigating the incident after animal rights organization PETA filed a complaint. The group also urged people to stop bringing in monkeys for experiments.

All monkeys have now been accounted for after the accident.