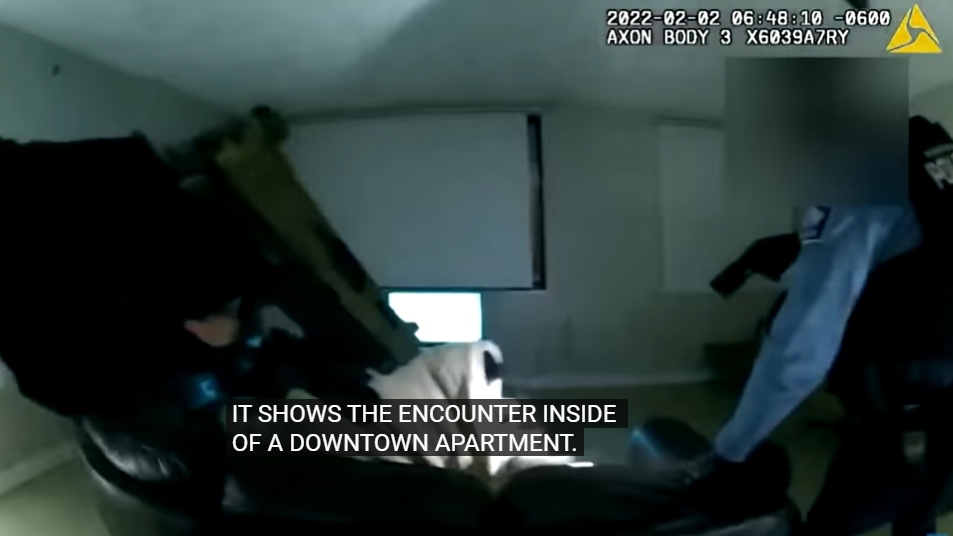 ‘They Didn’t Even Give Him a Chance’: Police Body Cam Footage Shows Cops Fatally Shoot 22-Year-Old With Legal Gun, No Criminal History [REPORT]

Amir Locke was not named in the search warrant connected to an ongoing homicide investigation. It remains unclear why police raided his apartment

City officials in Minneapolis have released police body cam footage of the fatal shooting of Amir Locke, a young man with no known criminal history who was wrapped in a blanket when cops burst into his apartment.

As CNN reports, Minneapolis police executed a no-knock warrant at the home of the 22-year-old man early Wednesday morning, in connection to an ongoing homicide investigation in St. Paul, which neighbors Minneapolis. Locke, who is Black, appeared to have been sleeping when police entered his city-owned apartment, and reportedly reached for a gun or had a weapon in his hand. The young man was on a couch under a blanket at the time, and his family told the Washington Post that he owned the weapon legally.

An incident report obtained by the Washington Post alleged that Locke pointed the gun in the direction of police before he was shot multiple times. Police body cam footage released Thursday night shows the incident unfold rapidly; with only seconds between police entering the home and the fatal shots being fired.

As the video shows, the officers entered the apartment with a key, and loudly announced themselves before going into a room where Locke appeared to be sleeping on the couch. During a press conference announcing the release of the body cam footage, community leaders and activists appeared to challenge the claim that Locke was aiming a gun at police when he was fatally shot, as the Washington Post reports.

Interim Police Chief Amelia Huffman said at the news conference that Locke was not specifically named in the search warrant that led to the raid, raising critical and yet-unanswered questions about how he is connected to the ongoing homicide investigation in St. Paul.

The Washington Post reports that Locke’s parents Andre Locke and Karen Wells attended the press conference and said he had no criminal record and was consistently respectful, including of police. They also said they had members of law enforcement in their family.

Locke’s family appears to believe he was startled by the officers bursting in and reached for his gun for protection before he understood what was happening.

“They didn’t even give him a chance,” family attorney Ben Crump said at the news conference, adding that Locke’s family was “flabbergasted at the fact that Amir was killed in this way,” the Washington Post reports.

City and county officials are conducting a review of the fatal shooting. CrimmeOnline will provide further updates when more information is available.