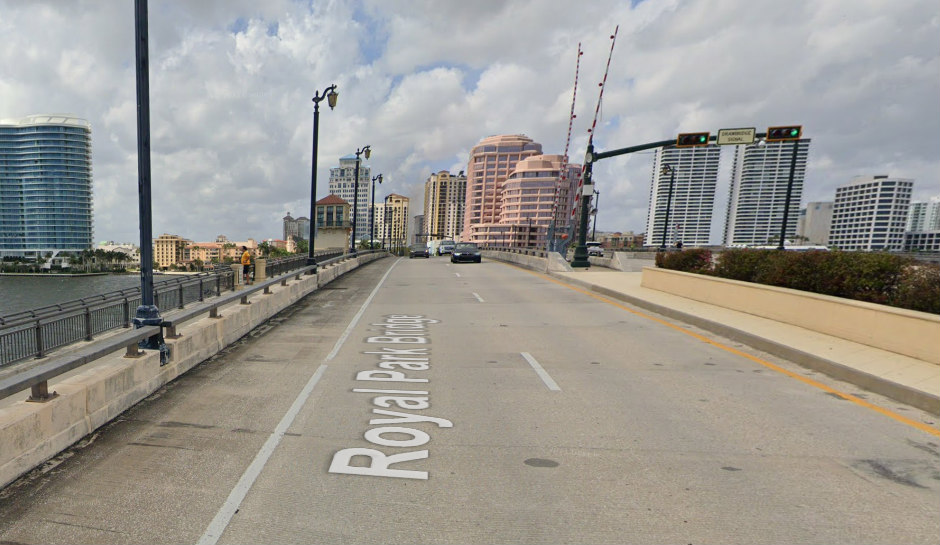 Cyclist Falls to Her Death After Florida Drawbridge Opens: Reports

A Florida woman has died after falling around 50 feet off of a Florida bridge Sunday afternoon.

The incident happened at around 1 p.m. as a female bicyclist was walking across the Royal Park Bridge in West Palm Beach. The Palm Beach Post reports that she was within 10 feet of the barrier arms when the drawbridge started rising.

A bystander standing on the other side of the barrier ran to help her and grabbed her, but lost his grip, police said. The fall sent the victim spiraling down around 50 feet.

“The woman tried to hang on. There was a bystander nearby who tried to help her, but tragically she fell five or six stories below where she died landing on concrete,” West Palm Beach police spokesperson Mike Jachles said. “She was walking her bike from east to west and had almost reached the furthest point of the moveable span when it went up.”

It’s unclear why the drawbridge opened but police are reportedly investigating the incident.

“At some point it opened,” Jachles said. “The circumstances around that are under investigation by our detectives.”

Jachles added that there are certain safety precautions taken, such as a bell ding when the arms go down, which would give people enough time to get to safety.

“Detectives are looking at whether all of the safety practices were followed. There are a lot of questions, but we hope to have some answers to them.”

The Florida Department of Transportation is responsible for maintaining the bridge; the bridge tender worked are employed through a private state contractor.

The victim’s name has not yet been released. The story is developing. Check back for updates.