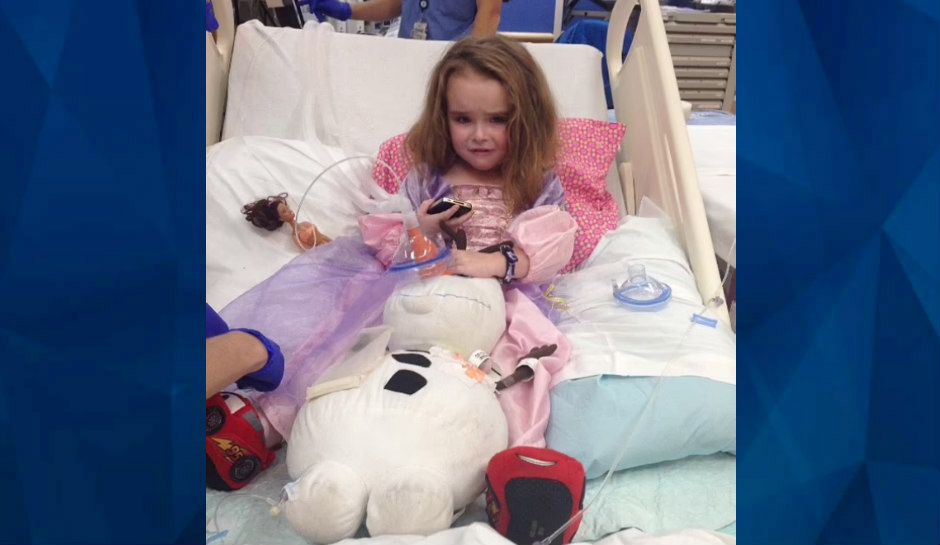 Kelly Turner stood silent and wiped her tears on Wednesday, as a Colorado District judge told her she’s sentenced to 16 years behind bars.

On Wednesday, Judge Patricia Herron sentenced Turner to serve her time in a Denver prison on convictions of child abuse and negligence that caused the death of her daughter Olivia Gant, in 2017. Turner didn’t speak during the virtual hearing but had already acknowledged guilt last month.

Turner was previously charged with first-degree murder, forgery, and attempting to influence a public servant. Those charges were dropped after Turner pleaded guilty to negligent child abuse, along with felony theft and charitable fraud in January 2021.

According to the Denver Post, Herron also ordered that Turner cannot profit in any way from her deceased daughter’s case.

“Whether that be because of a movie consultation, book consultation or book deals,…the order is Ms. Turner shall not, and will not for the rest of her life, be allowed to benefit further financially from this case or the facts connected with this case,” Herron ruled.

Any money made from the case will be donated to charity, Herron added.

As CrimeOnline previously reported, Turner previously claimed Olivia was diagnosed with neurogastrointestinal encephalomyopathy. According to the National Institutes of Health, the disease attacks body parts, particularly the nervous system and digestive system.

Turner also said Olivia was autistic and had seizures, a tumor, a misshapen head, a brain malformation, and developmental delays, according to an arrest affidavit.

After reaching the attention of national media, Olivia rode in a police car, fed sharks, and got to play a “fireman” while shooting water at a fire. The little girl gained media attention as she checked off her “bucket list” while battling a supposed terminal illness.

The plan began in 2011 when Turner started blogging about Olivia’s medical conditions on her personal blog. Turner wrote that Olivia had a brain malformation that caused seizures. As the months and years passed, Turner expanded her writing to social media. Each time, she wrote that Olivia’s conditions had worsened.

Turner defrauded Medicaid of over $500,000, claiming that her oldest daughter had cancer. She also defrauded Make-A-Wish Foundation for over $11,000 after making false claims about Olivia’s illness.

On August 20, 2017, Olivia passed away, supposedly from intestinal issues, but authorities said back then that Turner was responsible for the little girl’s death.

In 2017, Olivia was admitted to the hospital because she was nutrient deficient. Her sole source of nutrition came from a feeding tube. Doctors told Turner that her little girl could not survive on IV nutrition. Turner was given the option of taking Olivia home or to hospice care, the indictment against Turner read.

Turner then withdrew all medical assistance and nutrition from her daughter.

Dr. Kristen Park said Olivia showed no signs of having seizures. The doctor told investigators that she advised Turner several times to stop giving Olivia an anti-seizure medication that came with severe side effects.

Doctors’ suspicions heightened when Gant brought her older daughter in for a checkup in 2018 and claimed the girl had “bone pain.” After the oldest daughter, 11 at the time, was removed from Gant’s care, she said she stopped having pain.

Olivia’s body was exhumed in 2018. An autopsy performed by a forensic pathologist found no physical evidence of the illnesses and conditions that Turner claimed her daughter had.

Turner was subsequently arrested and charged.

“If anybody spoke up and protected Olivia, she would be here today,” the child’s grandfather, Lonnie Gautreau, said in court Wednesday.

“This truth about Olivia has caused such a deep pain that it continues to ravage me every day.”