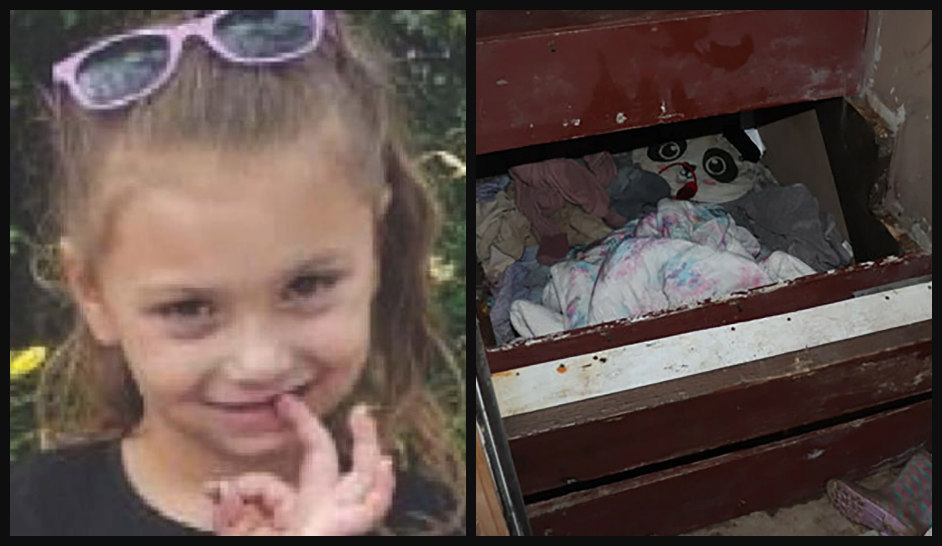 A New York girl reported missing in 2019 was found safe in a small room under a staircase on Monday evening, police said.

According to police, 6-year-old Paislee Shultis was reported missing from Cayuga Heights in July 2019. She was four at the time. Investigators suspected that Paislee’s biological parents, who didn’t have custody, took her but at the time, they declined to file charges.

After receiving a tip that someone was hiding Paislee in the Hudson Valley area, New York State police found the child and her parents at a home in Saugerties, off of Fawn Road, ABC 6 reports.

Paislee’s biological father, Kirk D. Shultis, answered the door and reportedly denied knowing Paislee’s whereabouts. A detective helped search inside the home and when shined a flashlight at an odd-looking place in the staircase, where he noticed a blanket.

Police removed a few steps in the area and located Paislee and her biological mother, 33-year-old Kimberly Cooper, in a “small, cold and wet” space.

“Detectives saw a pair of tiny feet. After removing several more steps, the child and her abductor were discovered within,” police said.

Daily Freeman reports that Police Chief Joseph Sinagra said Paislee didn’t make any noises as they searched the residence for hours on Monday. Police also said Cooper had a warrant out for her arrest in Ulster County Family Court and doesn’t have custodial rights to the child.

Cooper and Shultis were both arrested and charged with felony custodial interference and endangering the welfare of a child. They have since left jail on their own recognizance.