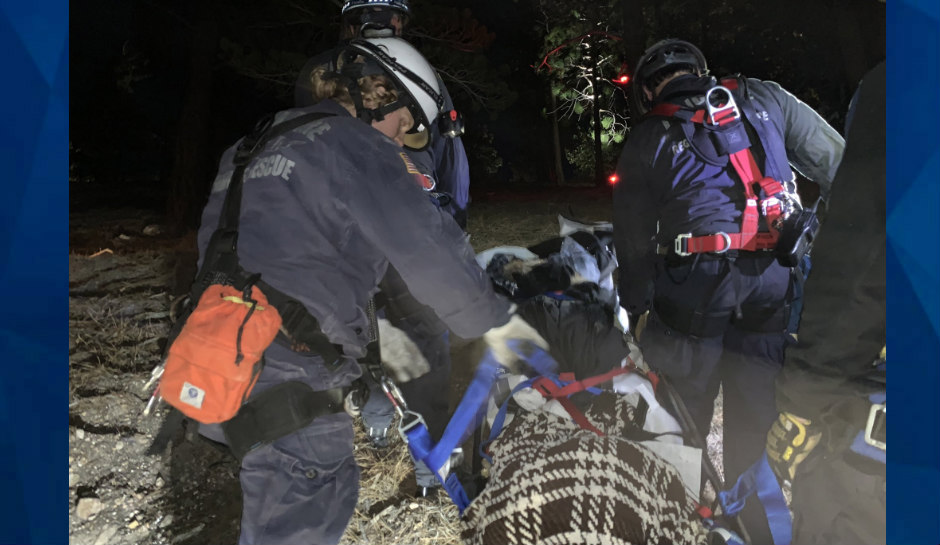 A missing Nevada mother has been found alive after being stranded for hours on a steep slope near Alum Creek in Reno.

Gayle Stewart, 64, was reported missing on Monday, a few hours after she left her Reno residence at around 8 a.m. Her family organized a search party for her and shortly after, her son’s friend found her stranded on a slope close to Caughlin Ranch.

“The son called up some friends to start searching for her and one of the boys just decided to head off this cliff thinking maybe she fell down there and found her clinging to a tree…He said the last thing she said was ‘help’ and then didn’t talk anymore.”

At around 9:15 p.m., a rescue team utilized a rope system to help Stewart. Within 30 minutes, they had her pulled to safety.

Amazing find and rescue of a missing women. A friend of the son found her injured and stranded on a steep slope near Alum Creek. RFD personnel helped stabilize the patient, built a rescue system and transported her back to pavement in about a 1/2 hour from contact. Strong work! pic.twitter.com/iKRLQXmxFX

Williams and searchers alike are calling the incident nothing short of a miracle.

“That’s what I told the young man that found her, I said that’s truly a lifesaver. With the rain and the snow coming tonight she’s already been exposed for the better part of 12 hours. It could have been a very different outcome had he not found her when he did,” Williams said.

Stewart was transported to a local hospital for treatment and is expected to recover fully.