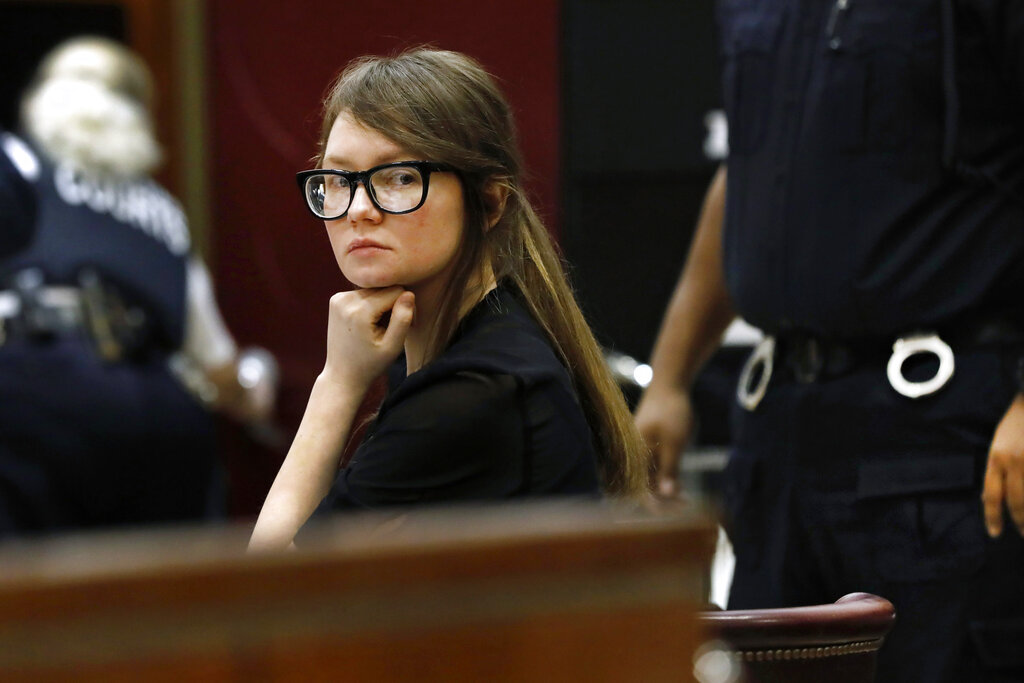 Anna Sorokin conned her way into Manhattan society. As Anna Delvey, a German heiress, she swindled banks, hotels and friends out of more than $200,000 dollars. She forged checks to get money from banks and charmed people into paying for extravagant meals and travel.

Sorokin was convicted on a handful of grand larceny and theft of services charges. After serving her time, the 31-year-old was released from prison, only to find herself back behind bars. This time, she is fighting being deported to Germany for “overstaying her visa,” but again Sorokin has fallen on her feet, landing a deal with Netflix for the rights to her life story.

Inventing Anna is a new docu-series from creator Shonda Rhimes.

[Featured Photo: FILE – In this April 25, 2019 file photo, Anna Sorokin, who claimed to be a German heiress, sits at the defense table during jury deliberations in her trial at New York State Supreme Court, in New York. The New York Attorney General’s Office recently invoked a state law that forbids criminals from profiting off their crimes in a court challenge to a Netflix deal Sorokin signed last year. Prosecutors say proceeds from the production should go to the Manhattan banks and hotels Sorokin defrauded out of nearly $200,000. (AP Photo/Richard Drew, File)]