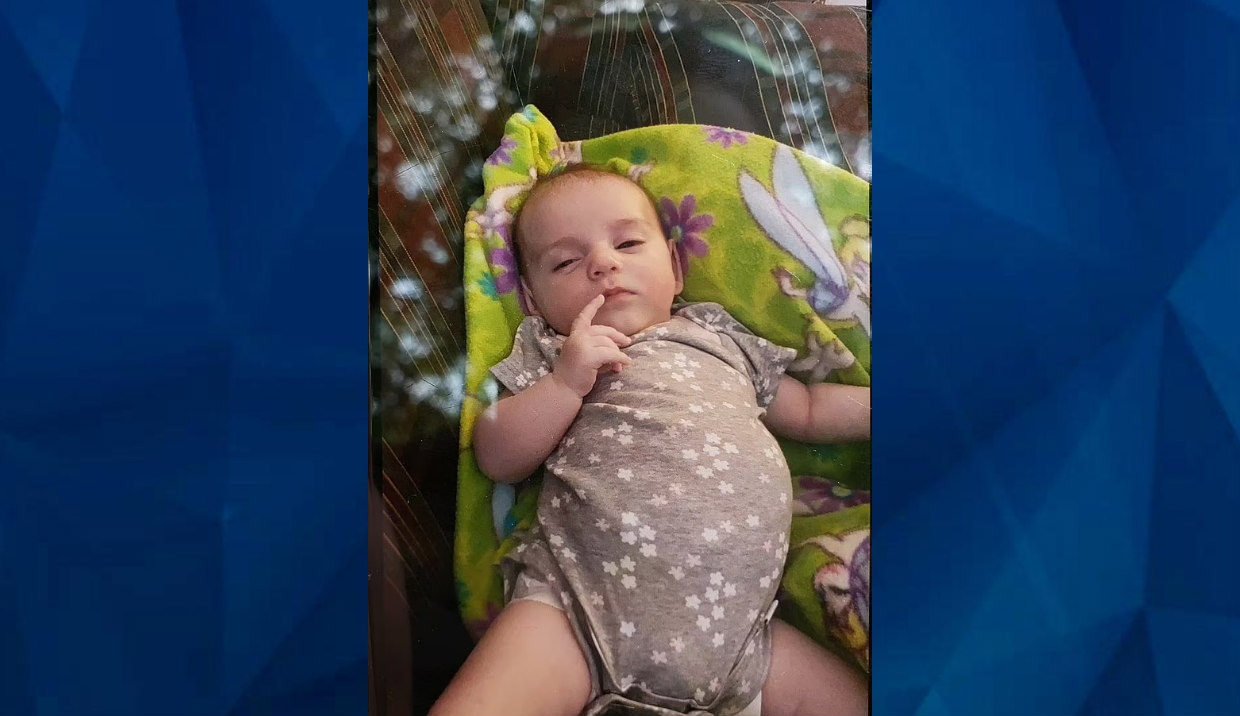 The search for a missing West Virginia baby who disappeared as a newborn is still active, according to police.

Angel Nichole Overstreet was reported missing on May 25, 2021, from Huntington, West Virginia. However, police say the infant’s whereabouts cannot be confirmed since May 8, 2021, CBS 13 reports.

As CrimeOnline previously reported, investigators questioned Angel’s father, Shannon Overstreet, 38, last year, but didn’t arrest him in connection with her disappearance. The baby reportedly vanished after social services visited his home over a custody dispute.

In June 2021, Overstreet was arrested for felony malicious wounding and a battery charge, stemming from a previous unrelated incident.

Overstreet reportedly told investigators that he turned the baby over to Children’s Protective Services. Huntington Police Chief Ray Cornwell said during a 2021 press conference that social services said the baby wasn’t in their custody.

“Mr. Overstreet was located here in Huntington and came to police headquarters here on May 24,” Cornwell said.

CPS reported Angel missing after investigating the custody battle stemming from Kentucky, involving Overstreet. Cellphone records indicated that Overstreet’s last known custody time with the baby was in early May.

Detectives executed search warrants for Overstreet’s vehicle, his mother’s home in Huntington, West Virginia, and his residence in Kentucky. Investigators are in contact with the infant’s mother, who is not considered a suspect in her child’s disappearance.

Today, Angel would be a year old. Last month, the community held a vigil on her first birthday in hopes of spreading awareness.

“I just wanted to find a way to honor her today and not make it about anything else but her birthday,” Stacey Brumfield, who follows the case on social media, told Fox 11. “She should be home waddling around opening presents, and instead she’s missing and you don’t hear nothing about it.”

At the time of her disappearance, Angel was described as a white infant with blue eyes and dark red hair. She has a strawberry-shaped birthmark on the back of her neck.

The Huntington Police Department released a statement last month in connection with the case.

“The Huntington Police Department would like to thank the public for their continued support in our investigation into the disappearance of Angel Nichole Overstreet, the infant missing since early May 2021.

We also want to ensure the public our investigation remains active and ask for anyone having any knowledge of Angel Overstreet to contact the Huntington Police Department at 304-696-4420 or contact the HPD anonymous tip line at 304-696-4444.”