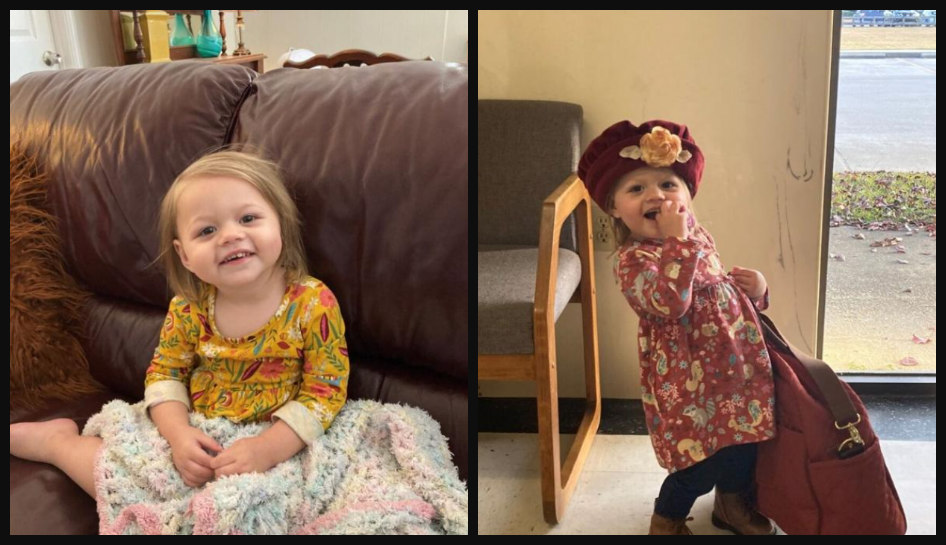 **FOUND SAFE** Missing Louisiana Tot Hasn’t Been Seen in Over a Week, Social Services Says She Could Be in Danger

Annalynne has been found safe and appears to be healthy, according to the Covington Police Department.

Police in Louisiana are searching for a 3-year-old girl reported missing after her caregiver failed to return calls to social services in Covington.

The Department of Children and Family Services contacted the Covington Police Department on Monday regarding a presumed missing little girl, identified as Annalynne Hensarling. She was reportedly was last seen with her grandmother, Tracey Dorvin, at a meeting with DCFS in the Covington office on February 18, 2022.

According to Nola.com, police confirmed they spoke with Dorvin on Monday morning at around 8 a.m. and plan to make contact to ensure the child is OK. So far, there have been no additional updates.

Annalynee lives with her grandmother in Jefferson Parish, according to DCF, but the agency hasn’t been able to successfully make contact with them in over a week. DCF personnel stated there is reason to believe the child could be in danger.

DCF workers reportedly have attempted to contact the child’s mother, 23-year-old Nijah Hensarling, but have yet to locate her.

According to police, Annalynne was last seen wearing a maroon dress and maroon hat. She’s described as a white female who stands 33 inches tall and weighs around 26 pounds. She has blonde hair and brown eyes.

Anyone with information on the case is urged to contact the Covington Police Department at 985-892-8500.