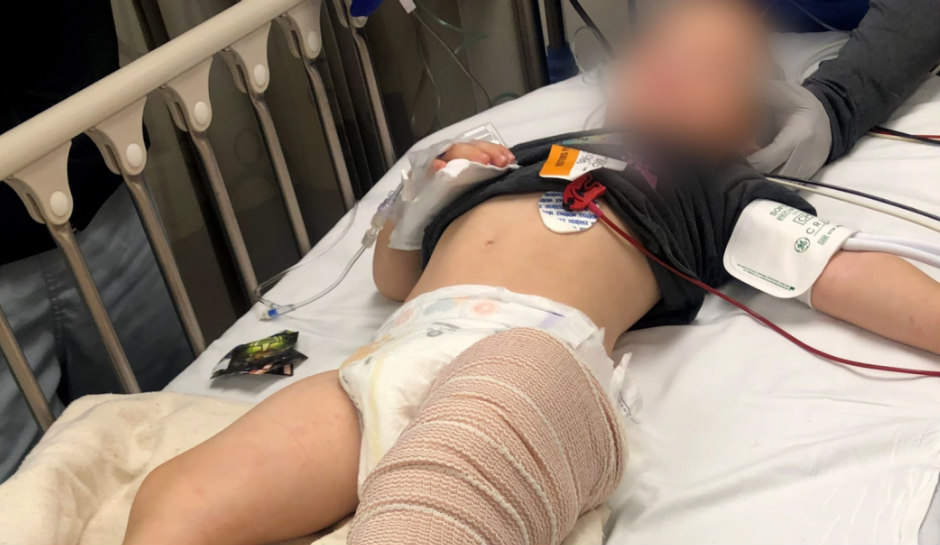 A video that a Nevada daycare reportedly didn’t want to share has been released following an incident that left a baby with a broken leg.

Former daycare worker Elicia Miller was charged in May 2021 with child abuse after she injured a 1-year-old boy at the Creme de la Creme daycare in Las Vegas. In June 2021, she pleaded guilty to attempted child abuse and under a plea deal, she won’t have to serve any jail.

This month, a judge is expected to order Miller to 50 hours of community service, probation, and an anger management course.

“What they’re proposing is insulting. I particularly struggle with seeing the word attempted child abuse. That word just angers me,” the victim’s mother said.

The boy’s parents said they were not shown the video initially, but when a local hospital called child protection services regarding potential abuse, they demanded that the daycare hand it over, News Channel 8 reports.

The father of the child, who wishes to remain unnamed for privacy reasons, said he got a call from the daycare on the day in question and was told to come to pick up his son.

“[They] said that he had basically been pushed by another child and wouldn’t stop crying and that we needed — I needed — to come pick him up,” the father said.

The father added that the daycare didn’t provide proper medical assistance to the child and didn’t call paramedics or anyone else for medical help.

The father found his son at the daycare with a swollen leg, covered by an ice pack. He took the tot to urgent care following the incident but was told to take him to an emergency room immediately.

“It wasn’t until the orthopedic surgeon at the facility said that rarely in these situations does it occur from an accident,” the child’s mother added.

The parents said they were shocked after watching a 15-second clip.

“I couldn’t believe what I was seeing,” the father said. “The fact that she aggressively threw him and he…he was just standing there. He wasn’t doing anything.”

They are now fighting for justice in civil court. The parents obtained an attorney and filed a lawsuit against both Miller and the daycare.

“I don’t want this to happen to anyone else.  I want … I want our family back. I want to feel like I did a good job as a mother,” the child’s mother said. “That I fought for my son.”

News Channel 8 reached out to the daycare for comment but was told that Miller was immediately fired following the injury. The daycare also tried unsuccessfully to block the video from being shared by the outlet, even putting in for an emergency motion in court, DailyMail reports.

The parents’ lawyer, Adam Ellis, said the daycare failed to properly address the situation and didn’t explain what happened from the start.

“If the investigation were different and cameras were reviewed and there were statements taken and taken more seriously and objectively, I think everyone would have realized this was a far more serious situation than they thought it was.”

Sentencing is scheduled for March 24. Check back for updates.