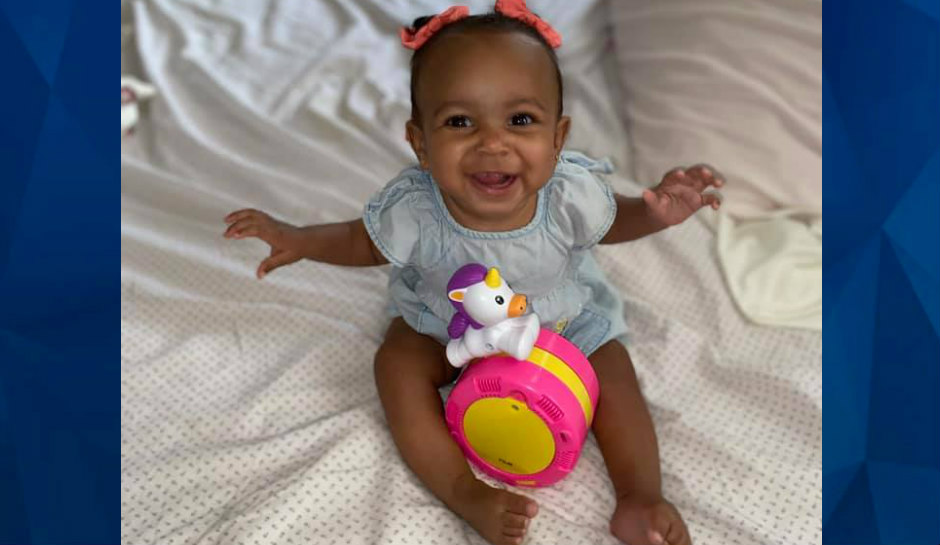 A Montgomery County, Pennsylvania, jury took around 90 minutes Thursday to render a guilty verdict against Austin Stevens, a former youth football coach who sexually assaulted and killed his own child.

Stevens, 31, has been convicted of first-degree murder, involuntary deviate sexual intercourse, and endangering the welfare of a child. Stevens will spend the rest of his life in prison since Pennsylvania law has no possibility of parole for first-degree murder convictions.

As CrimeOnline previously reported, Stevens tried to cover his crimes up after his daughter, 10-month-old Zara Scruggs, became unresponsive while in his care.

Zara was at Stevens’ residence when a 911 call was placed. At around 10:40 p.m., responding officers who arrived at the home found the baby unresponsive in a “blood saturated” diaper.

First responders rushed Zara to the Einstein Medical Center in Montgomery County, where she was pronounced dead. The bloody diaper was handed over to the authorities, who later said the baby showed signs of sexual assault, specifically “rectal trauma.”

Stevens had a joint custody agreement with Zara’s mother and he had recently moved to his own home. Zara was alone with Stevens during his visitation time when the incident occurred, according to the District Attorney’s Office.

After the baby’s death, investigators obtained a search warrant for Stevens’ phone, which had search queries that included:

READ MORE: No heat or hot water in apartment while father rapes 10-month-old baby girl, then flirts on Instagram as she dies

“The Coroner’s Office’s ruling that this 10-month-old baby’s death was homicide confirms what our investigation showed: Zara died a deeply disturbing death at the hands of her father. Stevens will have to answer to murder charges,” Montgomery County District Attorney Kevin Steele previously said, according to CBS Philly.

“He had sole custody of the baby during this period of time.”

During an interview between investigators and  Stevens, he claimed that he left his daughter briefly in the bathtub while he went to the kitchen. Stevens said he “heard a bang” and went back to the bathroom and noticed his daughter had bumped her head.

Stevens said he removed Zara from the bathtub, placed a towel around her, and while placing her on a bed, noticed that her head fell back. He said he dialed 911 and immediately started CPR. Detectives, however, said that Stevens’ Internet searches occurred before he called 911.

Stevens later admitted he panicked and made the Internet searches, according to officials. He also admitted to chatting with two females on Instagram and never mentioning anything about Zara.

“To see a father sexually abuse, kill their child and then be so cold and cavalier about what he did after the fact, and I think the jury saw that,” First Assistant District Attorney Edward McCann said after the conviction.

“And obviously the fact that they came back so quickly with a verdict shows that.”