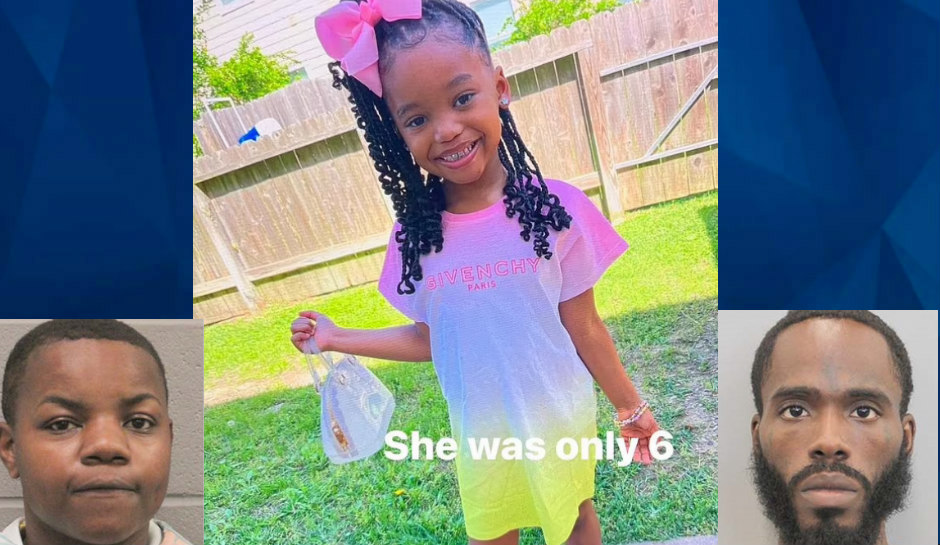 A Texas woman is behind bars after police say she masterminded the murder of an entire Houston family last year.

Alexus Chenelle Williams, 29, has been charged with three counts of capital murder in connection with the shooting deaths of Gregory Carhee, 35, Donyavia Lagway, 29, and Harmony Carhee, 6.

Williams allegedly hired 28-year-old Xavier Davis as a “hitman.” He’s been arrested and charged with three counts of capital murder, along with aggravated assault with a deadly weapon.

The incident happened in an apartment in the 12100 block of Fondren, where Lagway, who was pregnant, lived with her husband and daughter.

According to prosecutors, Williams and Lagway had an affair, but Lagway ended the relationship and went back to her husband. It was at that point that Williams allegedly hired Davis to kill Lagway and her entire family.

“We believe their relationship ended badly about a week before these murders,” Prosecutor Sean Teare with the Harris County District Attorney’s Office said in court last week.

Teare added that Williams might have watched the murders take place over her phone, the Houston Chronicle reports.

“He was on Facetime with Alexus Williams. That means she watched either the executions or the immediate aftermath of that family being wiped out.”

KHOU reports that Williams allegedly told Davis that if he went through with the murders, he could take all of the money inside the apartment.

As CrimeOnline previously reported, the family’s 10-year-old daughter was critically injured during the attack but survived. She reportedly played dead while shielding her infant brother after the alleged killer threw him across the room.

“This incredible young lady was able to get up despite being gravely wounded, (and) care for her 1-year-old old baby brother who was still in the apartment,” Teare said.

Williams is scheduled to see a county judge Friday morning for a bail hearing. Teare said prosecutors plan to petition the court to leave Williams in jail without bail.