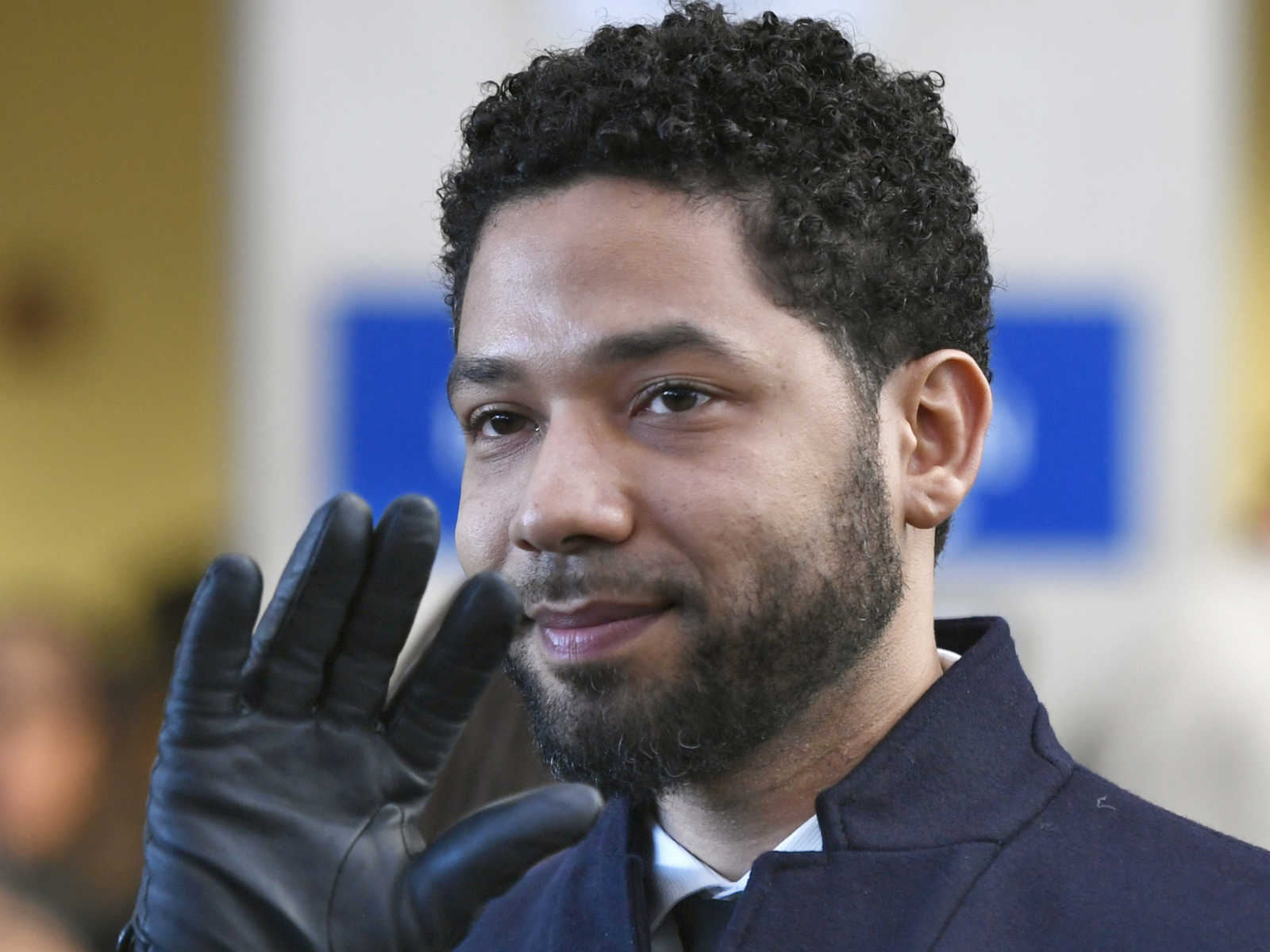 Actor Jussie Smollett to be Sentenced for Fake Hate Crime

“Empire” actor Jussie Smollett will appear in court in Chicago on Thursday to be sentenced following his conviction for lying to police.

As previously reportet, Smollett claimed he was the victim of a racist hate crime in January 2019, but a jury agreed with prosecutor arguments that Smollett falsely represented the incident in a police report. The actor was convicted on five of six counts of felony disorderly conduct and faces up to three years in prison.

As the New York Post reports, legal experts have speculated that Smollett, who has no criminal history, will not be given any jail time for the non-violent crime convictions. The report also notes that Smollett’s attorneys are hoping to overturn his conviction.

[Feature image: In this March 26, 2019, file photo, actor Jussie Smollett smiles and waves to supporters before leaving Cook County Court after his charges were dropped in Chicago. A special prosecutor in Chicago says Cook County State’s Attorney Kim Foxx and her office abused their discretion in the case against actor Jussie Smollett but did nothing criminal. (AP Photo/Paul Beaty, File)]