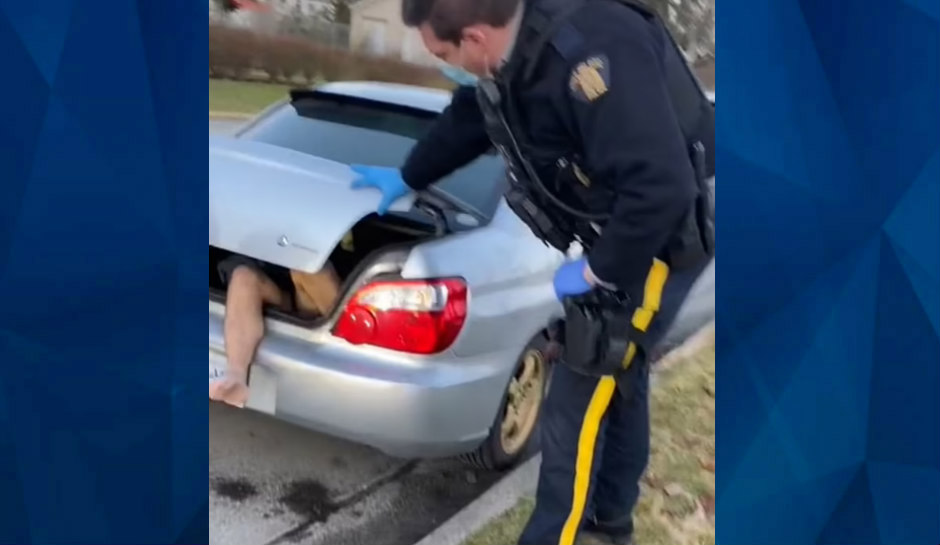 SEE IT: Naked Man Says He’s the Pope’s Son, Lives in Woman’s Car Trunk for Days Without ‘Saying a Word’

A video shows released last month shows the moment a Canadian woman finds a naked man who had been hiding in her car trunk of her car for three days.

According to Bethany Coker, who released the footage on TikTok, an unknown man had been living in her car trunk for days, never saying a word as she went to work, to the grocery store and to run other errands.

When Coker found the man, he claimed he was the “son of the Pope” and said it was a “rite of passage” to be in her trunk.

@bethanycoker This guy has been in my trunk since SATURDAY fully naked. It’s currently Tuesday. Guess I found out where the mud came from… #whatthefuck #foryou #fyp #nakedman #subaru #icannot #wtf ♬ original sound – bethanycoker

Initially, Coker noticed someone had gotten mud all over the interior of her car. She thought a homeless person had slept in her car but at the time, had no clue he was in her trunk.

“My car was home all night while we were out wheeling til 2am and I started it up this morning not paying attention, only to come back to get in it, and notice the MUD,” Coker posted on TikTok.

When Coker discovered the man, she contacted police, who were initially incredulous about the story.

Global News reports that police said the man has “significant health issues.” He is now in a place where he’s receiving mental health help.