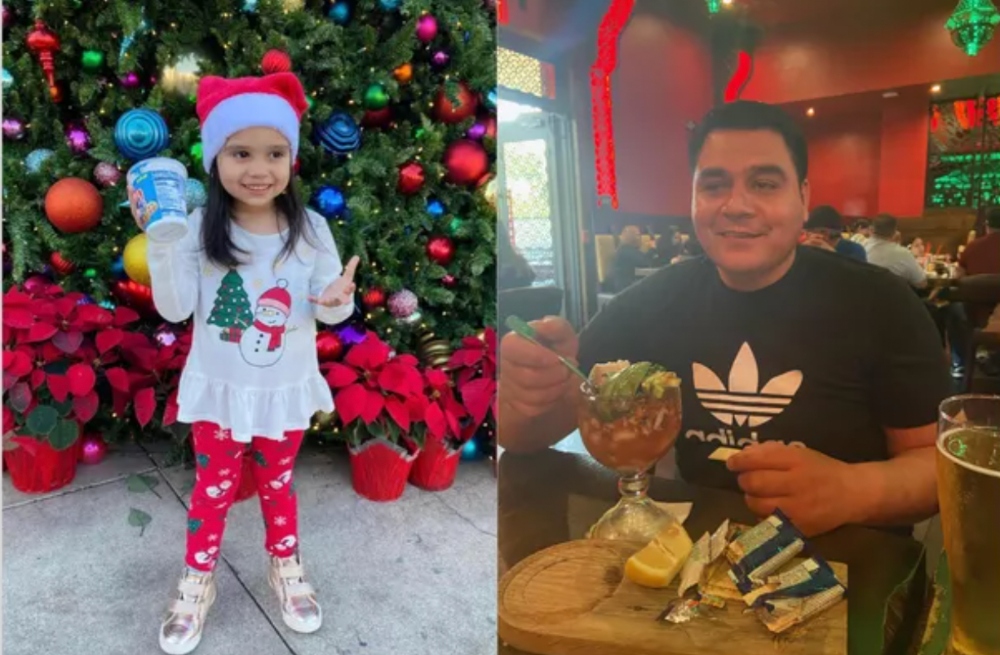 A father and daughter were killed in their own home this week after a motorist crashed through the walls of a Long Beach apartment building — and then fled the scene on foot.

As NBC 4 Los Angeles reports, Jose Palacios and his daughter Samantha were at their Long Beach home last Tuesday night when a Dodge Ram pickup truck plowed through the walls of their apartment, pinning both beneath the truck as Samantha’s mother desperately screamed for help. Both the father and daughter were killed, and police are still searching for the suspect, who allegedly ran away from the scene.

Neighbor Neidi Moran heard the sounds of the horrifying crash and the mother’s screams.

“The mother of the baby, she say, ‘Help, help me, please, my baby,'” Moran said in an interview with the news station, next to a memorial for the slain father and daughter.

“I have a granddaughter that’s almost the same age and that’s what hurts me the most because that little girl just starting living and to lose her life like that and to a person who did that not stay at the scene and just run away? That breaks my heart,” another neighbor, Veronica Quezada, told the news station.

Pollcie reportedly believe speed was a factor but it is not clear if investigators suspect alcohol or drugs were involved.

Authorities have reportedly reviewed surveillance video, but it is unclear if they have a suspect description or if they have tracked the owner of the vehcile.

Family members have launched a GoFundMe to help Jose’s wife and Samatha’s mother with funeral costs. The father also leaves behind a 15-year-old son or stepson, according to the report.