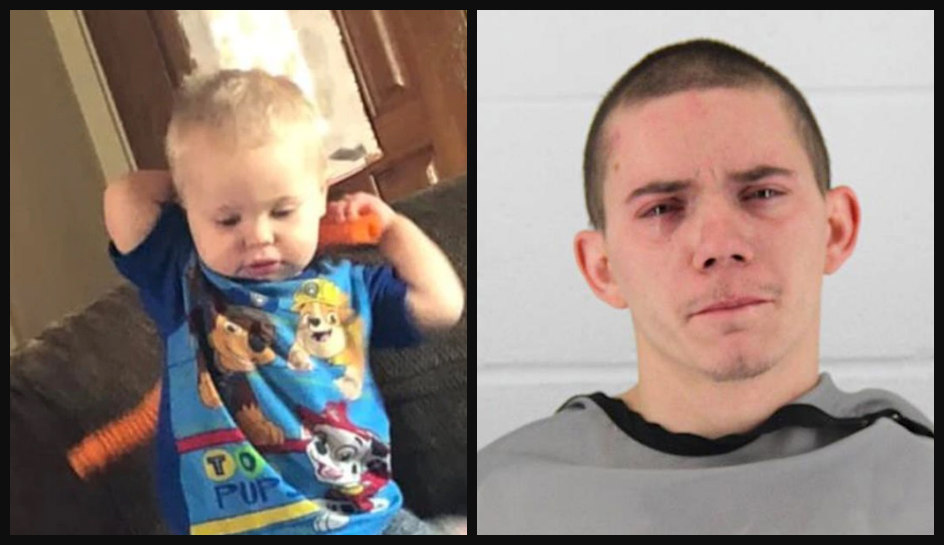 A Kansas man accused of torching his former girlfriend’s house may have started the fire without realizing his young son was inside.

According to the Shawnee Police Department, Nicholas A. Ecker was arrested and charged with first-degree murder, aggravated arson, and related charges. The incident happened last Sunday morning in Shawnee, at a home off of West 69th Terrace.

Since the incident, police have arrested Karlie Mae Phelps, identified as the baby’s mother and Ecker’s former girlfriend. She’s been charged with involuntary manslaughter and child endangerment.

Police say that Ecker had a heated email exchange with Phelps shortly before he started the fire. The conversation between the two reportedly indicated that Ecker didn’t know his son was in the house. Police say Phelps left the baby alone to go buy drugs but “changed her mind when she got there.”

Phelps, according to police, admitted that she left her son alone in his crib and left for a home in Kansas City with plans to buy prescription medication. While she was at the home, her mother called her and told her about the fire, court documents state.

Thinking she was at another man’s home, Ecker became furious and began hurling insults at Phelps. Later, after allegedly starting the fire, he messaged Phelps and told her, “something is wrong.”

Ecker: “Where is jr. Please tell me you have jr. Something is wrong.”

Phelps: “Nothings wrong no he’s. sleeping in bed smh I have the camera on him wyd there nick? You’ll never see me w another man like that [nor am I] doing that. I came to Micah’s really fast idalia fucking punched her in the face and ummm taking her to the ER.”

Ecker.:  “Baby something is not right.”

Phelps.: “Go get junior NOW. HES INSIDE YOU DIMB [sic] ASS. I CANNOT BELIEVE YOU STARTED THAT FIRE. YOU KILLED OUR BABY!!! And you could’ve killed me!!!”

At that point, Ecker reportedly tried to flee but police detained and arrested him.

Firefighters found the boy’s body in a downstairs bedroom crib, according to court documents, CBS 5 reports. An autopsy stated he was still living when the fire spread on him. The report also stated the child’s lungs were “full of soot” and he had severe burning across his body.

Ecker was out of jail on bond when he allegedly started the fire. He was previously arrested for aggravated domestic battery and was told by the court to have no contact with Phelps.