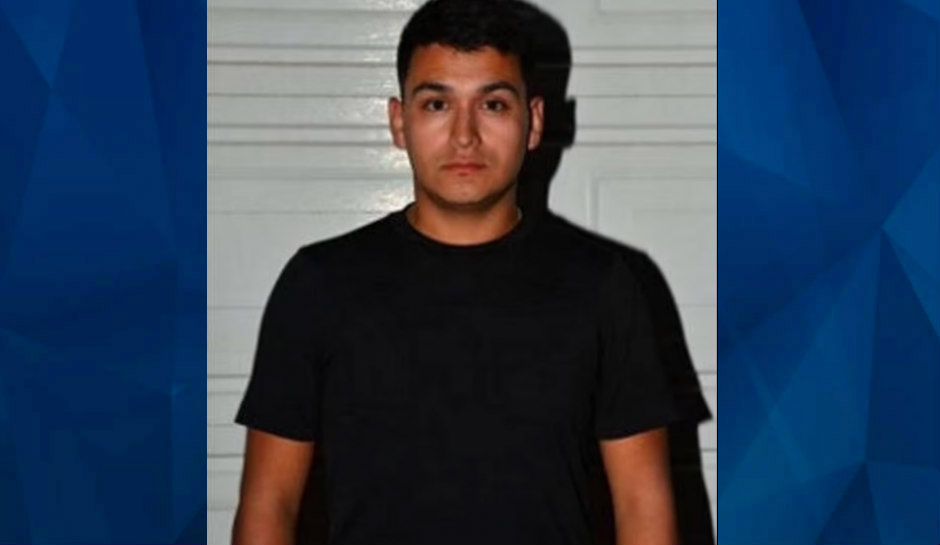 A murder suspect was captured in California after police say he killed his elderly boyfriend in Hawaii, leaving him encased in cement.

U.S. Marshals and Los Angeles authorities captured Juan Baron, 23, as he was hiding in a crawl space in the back Greyhound bus in Anaheim. According to police, the bus was en route to Mexico.

Baron was with a 34-year-old man identified as Scott Hannon, who was initially arrested but later released, East Bay Times reports.

Last Monday, Honolulu police were dispatched to the 73-year-old’s Honolulu home after his brother called in for a welfare check. When responding officers arrived, Baron greeted them and explained he lived there and the victim was his boyfriend.

Baron reportedly allowed the officers to search the home, where they noted a “concrete-type substance” in the bathtub. The victim wasn’t found, and Baron later fled after the officers left the home.

“The initial case was a missing person investigation. It was not a criminal case,’ Lieutenant Deena Thoemmes told NBC News.

On Tuesday, police returned to the home and began chipping at the concrete in the tub when they began to smell decomposition.

“It is alleged that after the murder, the two suspects were living in the victim’s house and on the victim’s money until the neighbors complained about a decaying smell from the victim’s location,” Los Angeles police stated in a news release.

Baron is being held without bail on murder charges. He’s scheduled for an extradition hearing to be returned to Honolulu.

The victim’s identity has not yet been released. Check back for updates.