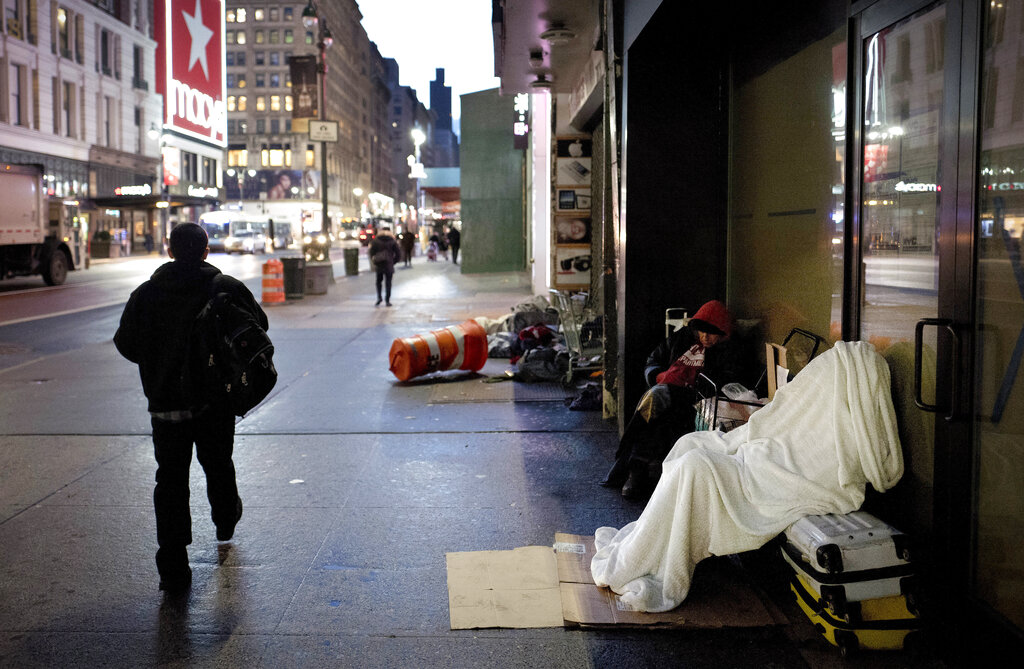 Leaders in multiple cities have urged unhoused people to be vigilant about a suspected serial killer who appears to be targeting victims sleeping outdoors.

As the New York Post reports, investigators believe a serial killer is behind the five shootings of unsheltered people in New York City and Washington, D.C. Two of those shootings were fatal.

The suspect is believed to have begun his shooting spree in D.C. on March 3 and traveled north the arrive in New York City by this past Saturday, when he shot two victims in Soho.

A suspect was captured in a grainy surveillance video that shows them wearing long dark clothing and a hat.

“The work to get this individual off our streets before he hurts or murders another individual is urgent,” the two said in a statement late Sunday night.

“As our law enforcement agencies work quickly with federal partners to locate the suspect, we are also calling on unsheltered residents to seek shelter. Again, it is heartbreaking and tragic to know that in addition to all the dangers that unsheltered residents face, we now have a cold-blooded killer on the loose, but we are certain that we will get the suspect off the street and into police custody.”

An unsheltered person was found dead in Tribeca this weekend, but while there was no ballistic evidence at the scene, investigators are working to determine his cause of death.