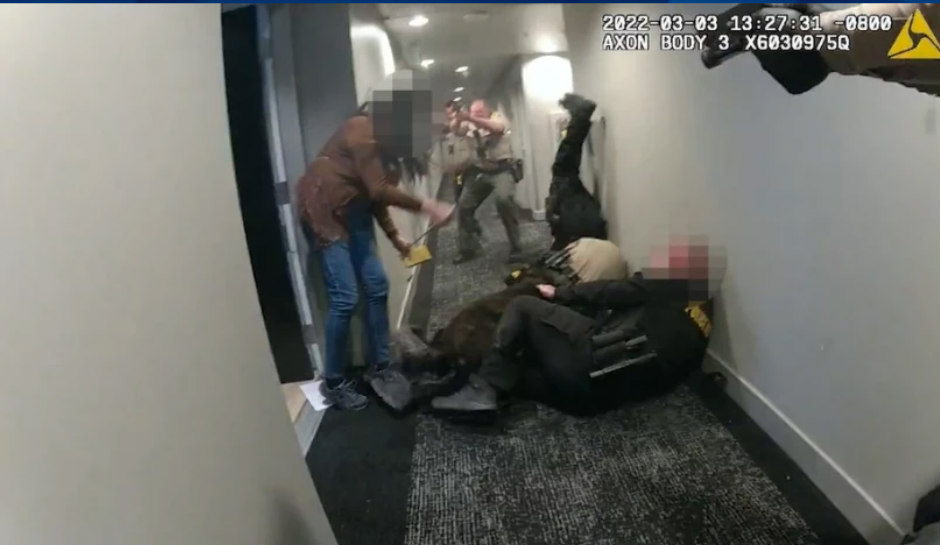 Security footage has been released following a disturbing encounter between a knife-wielding California woman and San Diego police officers.

According to the San Diego Union-Tribune, Sheriff’s officials in San Diego released the footage Friday, following a police stabbing at a Little Italy condo. The incident was captured on video as the officers arrived to serve an eviction notice to 47-year-old Yan Li last week.

Li reportedly charged at the officers with a knife, prompting several cops to pull out their guns. A civil rights attorney told the outlet that the shooting appears lawful since Li attacked first.

While the officer stabbed was treated at UC San Diego Medical Center and released, Li passed away several officers fired shots at her.

*Warning: Video may be disturbing to some viewers*

Court records indicate that one of the officers, Deputy Jason Bunch, warned Li numerous times that he would shoot her if she didn’t release her knife.

“Put the gun down, ma’am, I’m gonna shoot you. Put the (expletive) gun down,” he yelled.

Li apparently accused the officers of being imposters and threatened to call the police. She later emerged from her apartment and lunged at the officers.

“Based on this reported crime, there was a threat to public safety,” the video reports. “This is also probable cause to arrest Li for assault with a deadly weapon.”