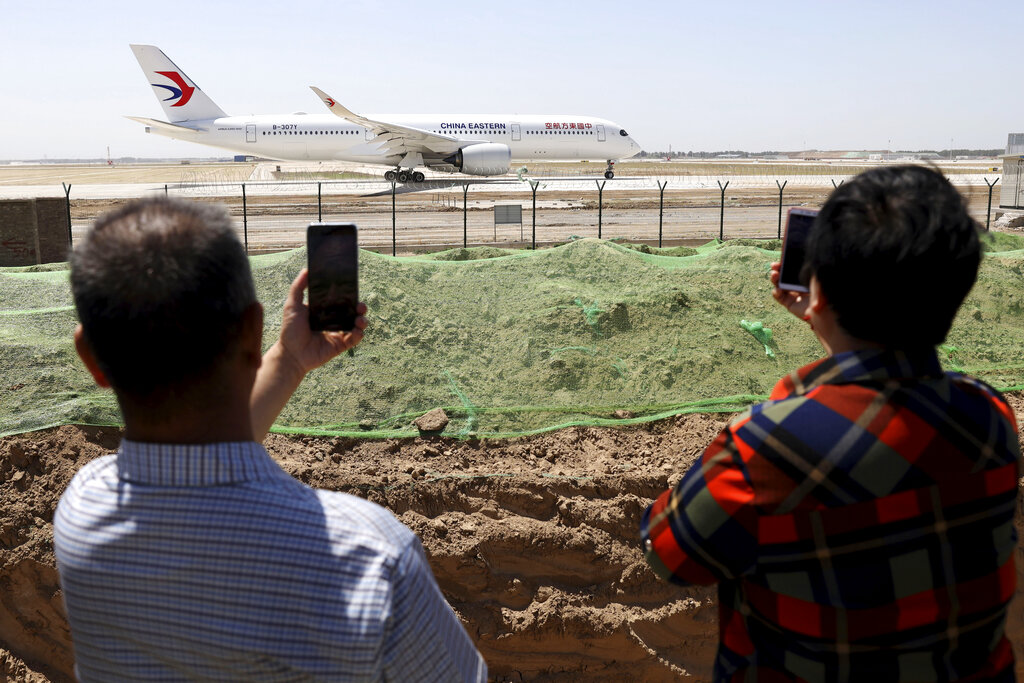 Citing Chinese news sources, the New York Post reports that a China Eastern Boeing 737 plummetted 30,000 feet and crashed in near Wuzhou, in the southern province of Guangxi, at about 2:30 p.m. local time Monday.

The New York Times reports that casualties are not yet known, though a rescue official reportedly said the plane disintegrated on impact. Crews are currently working to control a massive fire sparked by the air disaster.

Rescue operations are repotedly underway. This is a developing story. CrimeOnline will provide further updates when more information is available.

Feature image: Residents watch as a China Eastern passenger jet prepares to take off on a test flight from the new Beijing Daxing International Airport on Monday, May 13, 2019. State media are reporting a Chinese airliner from China Eastern with 133 people on board crashed in the southern province of Guangxi on Monday, sparking a mountainside fire. (AP Photo/Ng Han Guan, File)