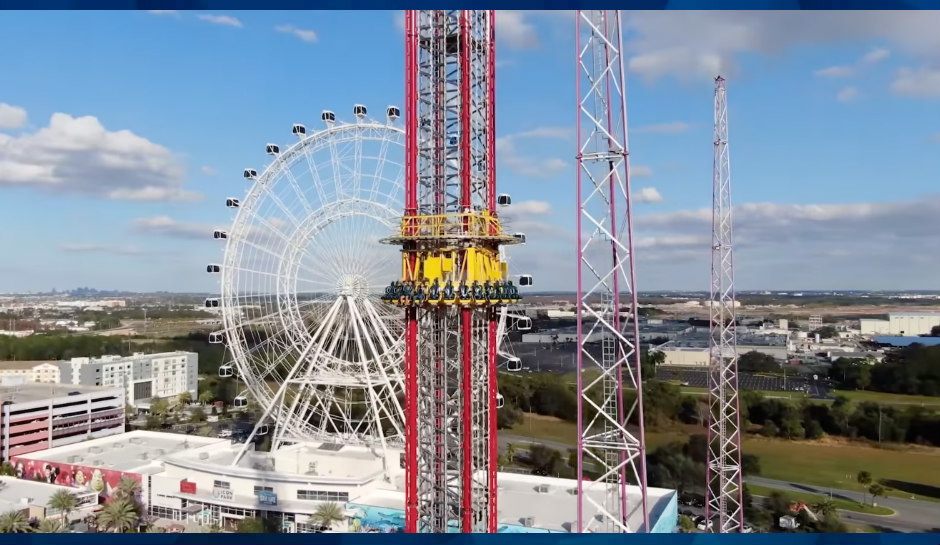 A 14-year-old boy is dead after falling from an amusement park ride in Orlando on Thursday.

According to NBC 2, the incident happened on the ICON Park’s Free Fall, which has been described as the world’s largest tower ride. The ride lifts passengers 430 feet into the air before it drops straight down in a “free fall” manner.

The victim was rushed to the hospital, where he passed away from his injuries.

A look at the restraints on the Orlando Free Fall ride. They pull over the rider – similar to a roller coaster (no seat belts). 2 workers do safety checks and make sure restraints are locked. A 14-year-old boy tragically died in the ride last night. @fox35orlando pic.twitter.com/UuvjadcCJq

“We operate the ride with all the safety precautions in mind. Everything is in place. And this is why we’re doing this investigation. We are working with those people investigating at this point,” John Stine, the sales director for the Slingshot Group, said, adding that the ride will be closed amid investigations.

The Orlando Sentinel and Attraction Magazine reports that there are no seat belts on the ride. Instead, riders are strapped in with a harness.

The Florida Department of Agriculture and Consumer Services investigators arrived at ICON Park on Friday to investigate, a spokesperson for the agency, Erin M. Moffet, said.

The boy’s identity has not been released and police haven’t provided any additional details. Check back for updates.