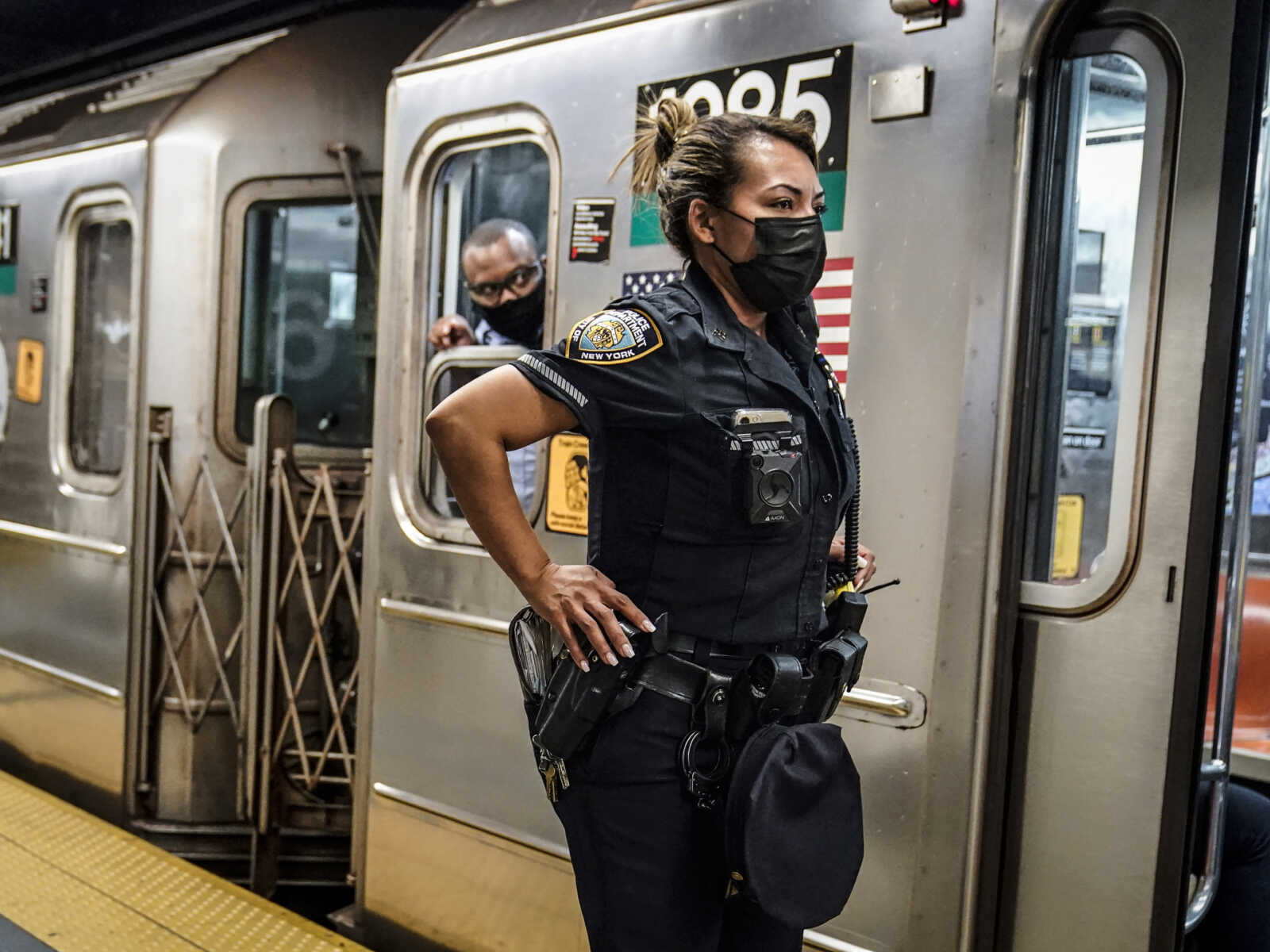 A New York man is recovering after a random man on the subway reportedly sliced him in the neck with a box cutter.

According to the New York Post, the incident happened a little after 6 a.m. Tuesday, as both men got off the 4 train traveling northbound on Wall Street in NYC. The men apparently got into an argument on the train and the suspect slashed the victim in the neck before fleeing the scene.

Police said they are looking for a dark-skinned male who appeared to be in his 30s.

“Suspect is male, with dark skin in his 30s wearing a grey sweatshirt. He fled from the station on foot,” an NYPD spokesperson told DailyMail.

Meanwhile, the victim was rushed to Bellevue Hospital for treatment. He is expected to recover.

[Featured image:FILE – A New York City Police Department officer and a subway conductor look down the subway platform at the Grand Central Terminal subway station, in New York, on May 18, 2021. New York City police arrested 143 people in the city’s subways and removed 455 people from from trains and stations in the first week of a crackdown on crime and the presence of homeless people in the transit system. (AP Photo/Frank Franklin II, File)]