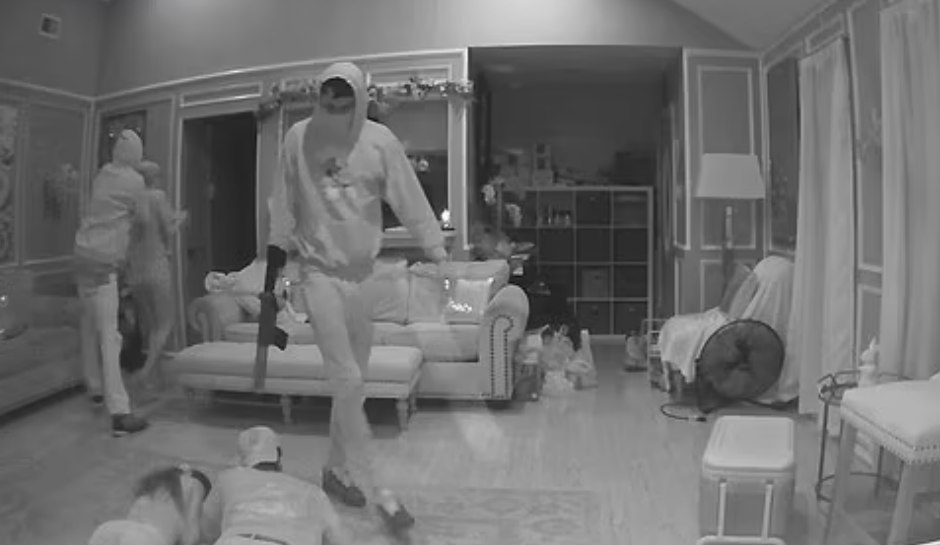 ‘Don’t pick your f****ng head up!’: Parents Watch in Horror as Home Invaders Hold Daughter Facedown During Robbery [SEE IT]

A Texas couple away from home watched in horror as their teen daughter and two others were forced to the floor by a pair of robbers brandishing a gun while screaming obscenities.

The incident happened on April 20 at a home in Pasadena, near Houston, off of Nations and Denmark Drives, DailyMail reported. The homeowners posted security footage of the incident on Facebook, captured by a Ring security camera.

At around 8:30 p.m., the security camera captured three people, including the homeowner’s daughter, their niece, and a friend lying facedown on the living room floor as two men wearing hooded sweatshirts pointed guns at them.

One of the men was captured on security footage grabbing a girl by the hair while pushing her out of the room.

“The girl in the video is my husband’s niece, she told my daughter she needed her clothes from my garage. After she came in the two guys rushed my daughter with guns and told her to go inside where I was able to capture it on my ring app,” the homeowner posted on Facebook.

So far, no suspects have been arrested but Pasadena police confirmed on their Facebook page that a home invasion is being investigated.