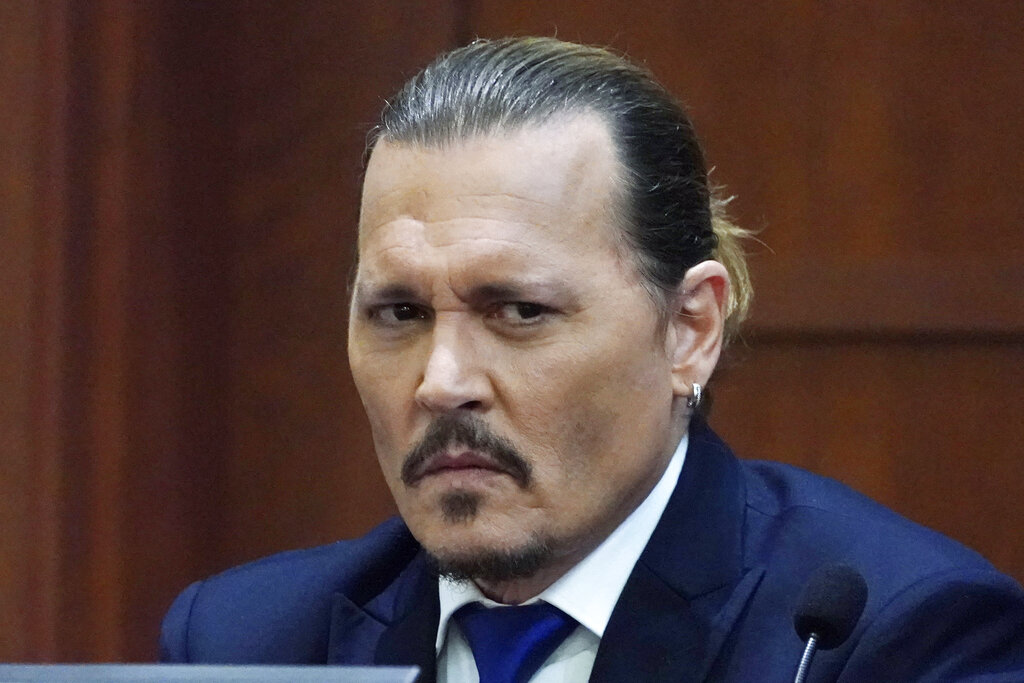 Johnny Depp Cross-Examined, Claims Only Person He Ever Abused ‘Is Myself’

Testimony resumed Monday as actor Johnny Depp took the stand in his own defense in connection with his defamation trial against his ex.

Depp is suing his former wife, Amber Heard, for $50 million after she wrote a 2018 article for The Washington Post and called herself a “public figure representing domestic abuse.” Depp wasn’t named in the story, but he claimed that the article ended up costing him profitable acting work.

Depp filed the lawsuit in 2019, claiming that not only had his career been ruined by the op-ed piece, but he had also been painted as a toxic and abusive person. It’s something that he denies.

Monday marked Depp’s fourth day on the stand as Heard’s lawyer, Ben Rottenborn, crossed-examined the actor about his drinking habits and if it affected others.

“Sir, if anyone had a problem with my drinking, at any time in my life, it was me,” Depp replied. “The only person I’ve abused in my life is myself.”

The cross-examination was followed up by direct examination by Depp’s lawyer, Jessica Meyers, CNN reports.

Depp and Heard divorced in 2016. They released a joint statement following the divorce that stated, “Our relationship was intensely passionate and at times volatile, but always bound by love.”

[Featured image: Actor Johnny Depp testifies in the courtroom at the Fairfax County Circuit Courthouse in Fairfax, Va., Monday, April 25, 2022. Depp sued his ex-wife Amber Heard for libel in Fairfax County Circuit Court after she wrote an op-ed piece in The Washington Post in 2018 referring to herself as a “public figure representing domestic abuse.” (AP Photo/Steve Helber, Pool)]