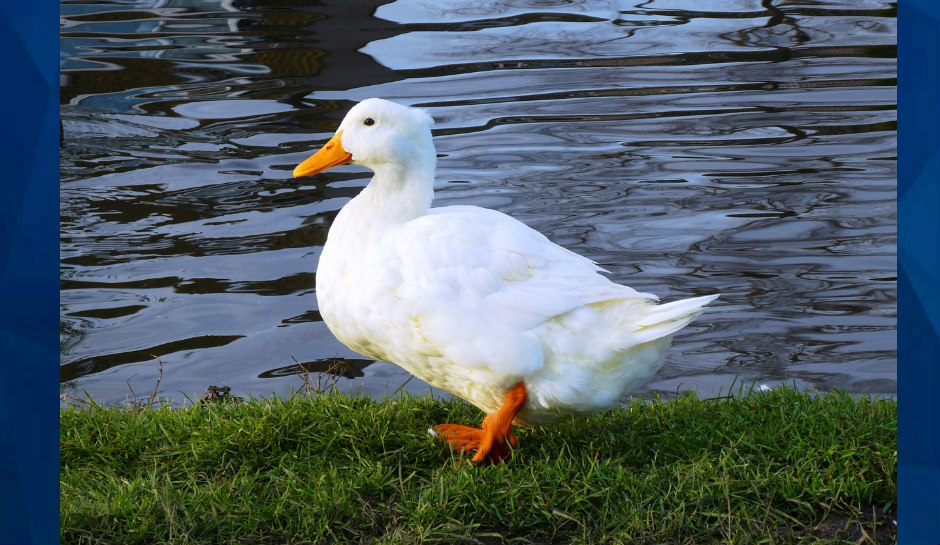 A pet duck who scampered under a home during a missing persons investigation has helped solve a homicide, according to police.

According to ABC 13, 92-year-old Nellie Sullivan was reported missing in 2020, but investigators determined early on that foul play was likely involved.

Sullivan’s body was found under a mobile home in Candler on April 14, after a pet duck waddled under the home, leading investigators to the discovery.

“Apparently, the duck ran underneath the trailer at 11 Beady Eyed Lane, and as they were chasing after their pet duck, they ran across the container that Nellie Sullivan was located in,” Walker said. “If I could give that duck a medal, I would.”

Suspects Angela Wamsley and Mark Barnes have been arrested and charged with murdering Sullivan. Police said Sullivan was Wamsley’s grandmother and Barnes led authorities on a “wild goose chase” while they tried to locate Sullivan, resulting in hours of manpower spent digging in areas that proved fruitless.

Police also believe Sullivan was killed in a different location before the suspects hid her under their home.

Walker said the defendants are accused of killing Sullivan while continuing to collect her social security and retirement payment for years. The pair also allegedly continued to refill the victim’s prescription medications after she disappeared.

“I would like to say that I’m never surprised anymore, but this case — it was surprising,” Walker said.

Sullivan’s body was sent to an “anthropologist for further examination,” to determine exactly how long she’s been deceased. Although the case is being treated as a homicide, the manner of death is still pending.