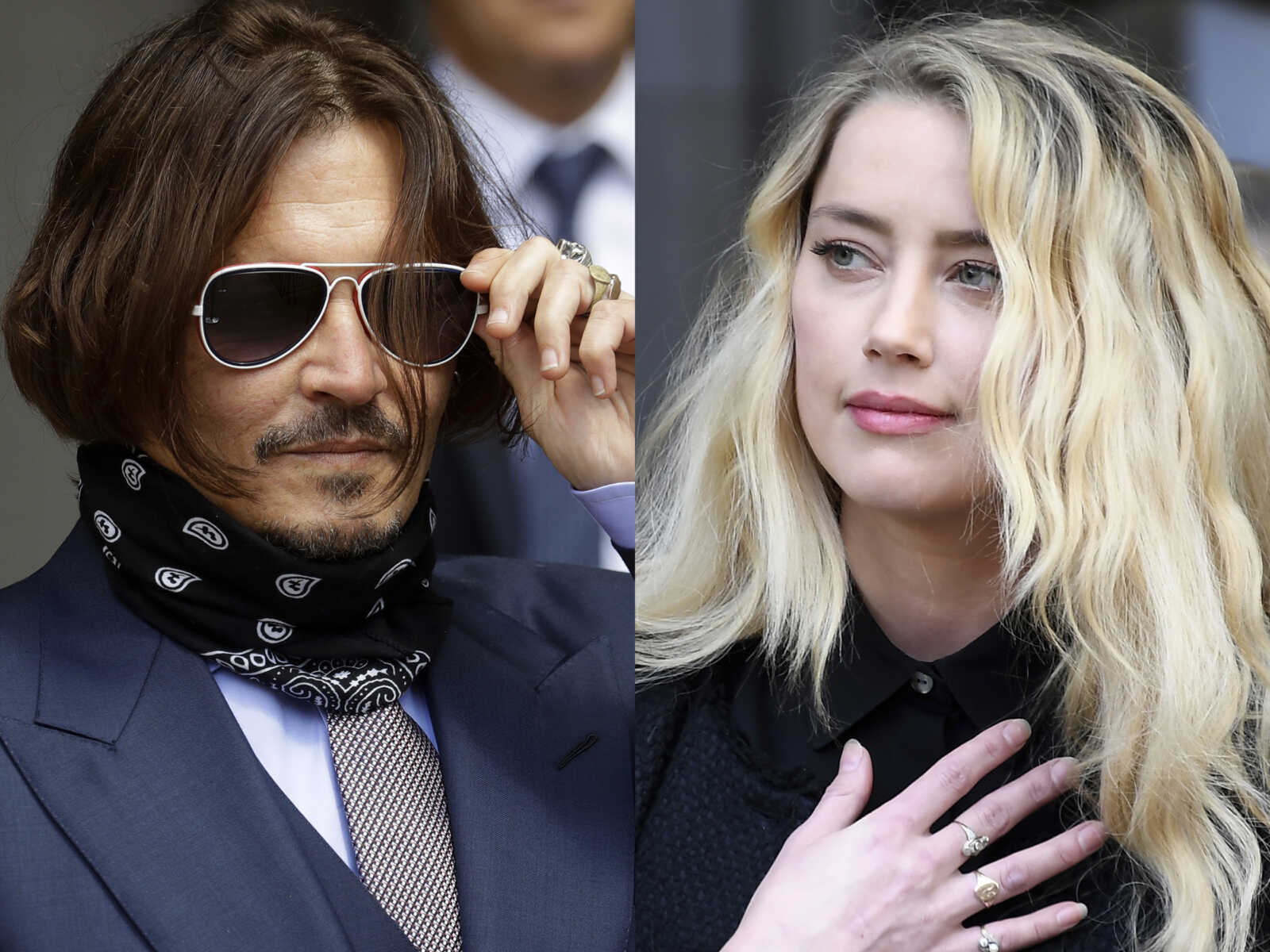 Testimony for Johnny Depp’s legal team wrapping up this week.  Amber Heard is expected to take the stand in the next couple of days to defend herself from Depp’s accusations of defamation.

[Feature Photo: Johnny Depp appears at the High Court in London, on July 17, 2020, left, and Amber Heard appears outside the High Court in London on July 28, 2020. Jury selection begins for the libel lawsuit filed by Depp against Heard in Virginia after The Washington Post published her opinion piece. Depp’s lawyers say the article falsely implies that she was physically and sexually abused by Depp when the actors were married. (AP Photo)]