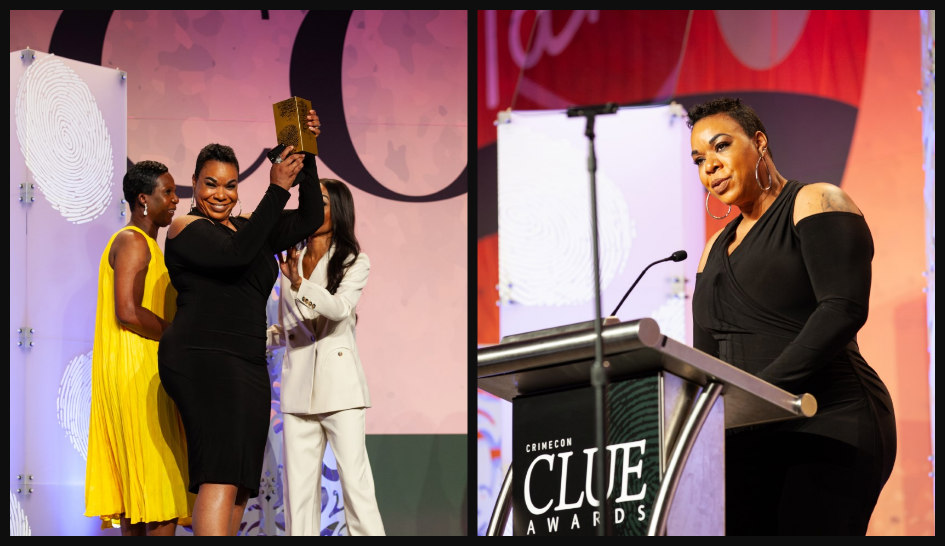 LAS VEGAS, NV – (April 30, 2022) – The Black and Missing Foundation (BAMFI) was the first recipient of CLUE’s “Crimefighter of the Year” award, hosted by Dan Abrams at CrimeCon 2022.

A first of its kind, the CLUE Awards is a way to spotlight the significant impact that people or organizations made while pushing for justice for crime victims. BAMFI co-founders Natalie and Derrica Wilson accepted the award last Saturday night during a special award ceremony.

Founded in 2008, BAMFI is a non-profit organization that dedicates non-stop research and brings awareness to missing people of color. The organization also provides resources for the victims’ family members and friends to help provide education and awareness to the minority community.

“Being honored with the ‘Crimefighter of the Year’ award for doing the work that we are passionate about is unbelievable,” Wilson said. “When we started the Black and Missing Foundation, we said when we can bring one person home, we did our jobs.”

“But 14 years later and close to 400 cases closed, we are really just scratching the surface.”

The following categories were represented at the CLUE Awards.

“True Crime Book of the Year”

The CLUE Awards’ nominees and winners were determined by a world-class selection committee, comprised of numerous producers, network and streaming executives, creatives, and industry leaders who all represent every sector of the true-crime genre.

“The true crime community is incredibly passionate and supportive, and we felt it was time to recognize the exceptional content in this space and the creators who are telling these stories in a responsible and impactful way.”