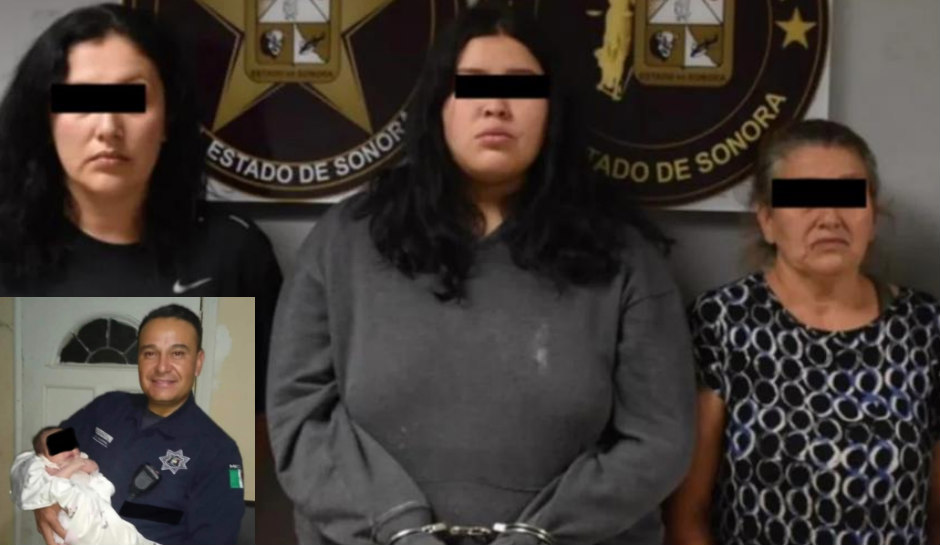 Three women are behind bars after they allegedly played a part in abducting a newborn baby in Mexico.

Alison Guadalupe Ayala Leal was just days old when she was taken by two women in Nogales, Sonora, on Saturday. According to Newsweek, the incident began when three women allegedly met the victim at a public place and made plans to take her newborn from her.

The suspects have been identified as Iris Jazmin, 31; Vanessa Lizbeth, 22; and Maribel, 52. Mexican police declined to release their surnames . Police also named Iris as the prime suspect.

Iris is accused of approaching the baby’s mother, Adriana, at a “commercial establishment.” Iris’ mother, Maribel, and her cousin, Vanesa, were with her at the time, according to police, and accepted a ride from the child’s mother.

Two of the three suspects are accused of then poisoning Adriana once they arrived at her home, by lacing her food with sedatives. The victim was then tied up and strangled to death before the suspects allegedly stole the newborn.

The Municipal Police of Nogales found the victim deceased in her home, while the suspects allegedly attempted to cross the US border with the baby. They were turned away because they didn’t have the proper documentation, News 24 reports.

Police found the baby safe at a home in Agua Prieta. She’s been reunited with her grandmother and father.

Investigators reportedly said that Iris had intended to be pregnant for months before the abduction.

Both Iris and Vanesa have been charged with illegal deprivation of liberty, femicide, attempted femicide, and aggravated robbery. Maribel’s charges are unclear at this time.

For the latest true crime and justice news,  subscribe to the ‘Crime Stories with Nancy Grace’ podcast.