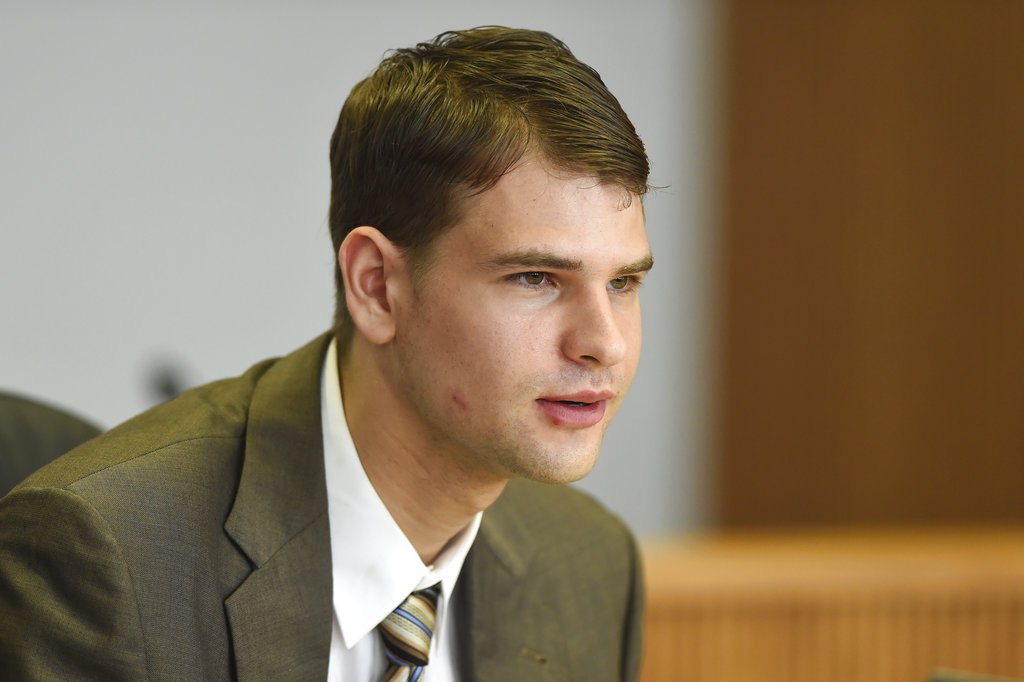 A man who was on a fishing boat that sank off the coast of Rhode Island, killing his wealthy mother in 2017, has been charged in connection with her death.

Police arrested Nathan Carman on Tuesday and charged him with eight counts in connection with two murders and a fraud scheme, according to spokespersons from the U.S. Attorney’s Office for the District of Vermont.

Prosecutors said that Carman took part in an inheritance fraud scheme that involved the killing of his grandfather, John Chakalos, in 2016, in Windsor, Connecticut, NBC CT reports. Chakalos left a $48 million estate to his four children, including Carman’s mother, Linda Carman.

As CrimeOnline previously reported, Carman is accused of enlarging holes in a boat before taking his mother on a fishing trip in 2016 from which she never returned.

The Coast Guard rescued Nathan a week later over 100 miles from Martha’s Vineyard, as he was floating on a life raft, but his mother, an heir to a $44 million fortune, was never found and is presumed dead.

“Both killings were part of a scheme to obtain money and property from the estate of John Chakalos and related family trusts,” the U.S. Attorney’s Office in Vermont said in a statement Tuesday.

From the start, investigators reportedly suspected Nathan may have engineered the sinking by tampering with the boat, and taking his mother further out in the water than she had planned or expected.

The Boston Globe previously reported that the boat’s insurer, National Liability and Fire Insurance Co., asked a court to deny any insurance claim on the boat following an investigation that revealed Nathan compromised it before the accident.

In removing his boat’s trim tabs hours before departing on its final voyage, Carman not only failed to properly seal four thru-hull holes he thereby opened at the transom’s waterline, but two recent depositions establish Carman enlarged those four holes,” the insurer reportedly wrote in the request.

Carman was also the last person to see his grandfather alive before the 87-year-old man was found shot to death.

Carman reportedly purchased a gun that was the same caliber as the weapon that killed his grandfather, a multimillionaire developer. Carman declined to let police know this during questioning. He also declined to take a polygraph test.

“After Nathan Carman killed John Chakalos, and as part of his plan to cover up his involvement in that crime, Nathan Carman discarded his computer hard drive and the GPS unit that had been in his truck the night of the murder,” the indictment read.

[Featured image: Nathan Carman speaks at a hearing in probate court, Tuesday, Aug. 7, 2018, in West Hartford, Conn. Carman, who was found floating on a raft in the ocean off the coast of Rhode Island in 2016 after his boat sank, has been indicted on charges alleging he killed his mother at sea to inherit the family’s estate, according to the indictment unsealed Tuesday, May 10, 2022. (Cloe Poisson/Hartford Courant via AP, Pool, File)]