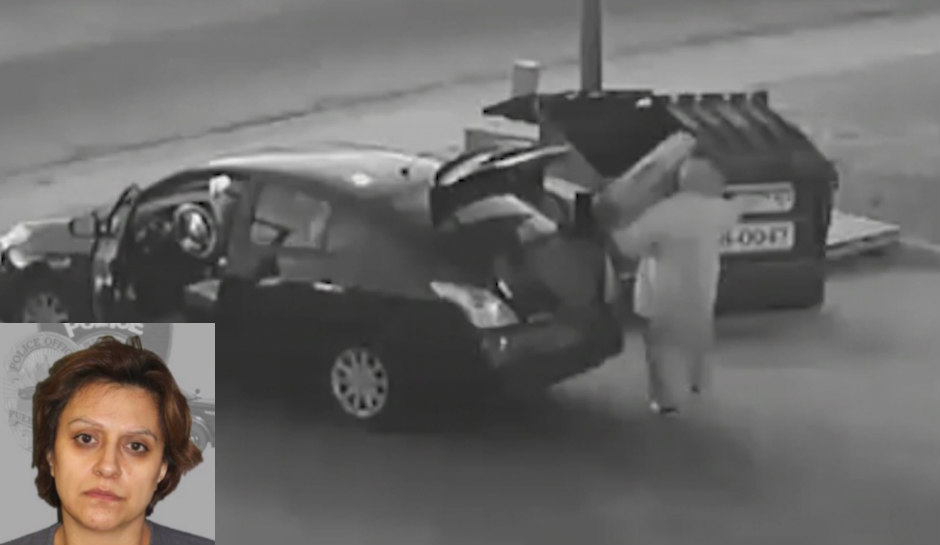 ‘She could have stopped it’: Wife Sentenced After Husband Chops off His Own Mother’s Head, Throws Her Body in Dumpster

PUEBLO, Colo. – A Colorado woman was sentenced to prison Thursday for doing nothing while her husband killed his own mother and chopped her head and other body parts off.

Melanie Cuevas was sentenced to four years behind bars for accessory to a crime. She’ll be eligible for parole in 2025.

As CrimeOnline previously reported, investigators released surveillance video in October 2019 of a man driving up to a dumpster at a South Side Pueblo car wash off of Ivywood Lane. The man then took a suitcase from his trunk and threw it in the dumpster.

The suspect was identified as Anthony Cuevas and the victim was his mother, 58-year-old Maria Cuevas-Garcia. The defendant, who was Anthony’s wife later told police she knew what her husband was doing and didn’t want to be a part of it. However, she failed to stop him from committing the crime and never contacted anyone for help.

During an interview with investigators in 2019, Melanie Cuevas said she saw her husband carrying a baseball bat, followed by a thud sound. She said the sound was the victim falling to the ground after Anthony Cuevas hit her.

“She could have stopped it, she had plenty of chances,” the victim’s niece, Romancita Cuevas,  told KRDO. “She could have gone to the neighbors and called for help, but she chose not to do it.”

Several days after the incident, police arrested Anthony and Melanie Cuevas outside of a restaurant. Cuevas was charged with first-degree murder and violating parole, while his wife was charged with criminal impersonation. He was convicted in 2021 and sentenced to life in prison.

Detectives said Anthony Cuevas removed the victim’s hands, feet, and head. Additional body parts were found in April 2020. The victim was likely killed inside her home; the suspect was staying with her at the time.

Police said the suspect had only been living with his mother for a few weeks when the deadly incident happened. He had recently been released from prison.

“She was pretty much the life of our family, she loved to be involved in everything, she was very selfless and helpful,” the victim’s granddaughter, Destia Hamilton, told CBS 5.

“For him to do this after she was willing to open her home to him and feed him and his wife, you know, it just doesn’t make any sense.”