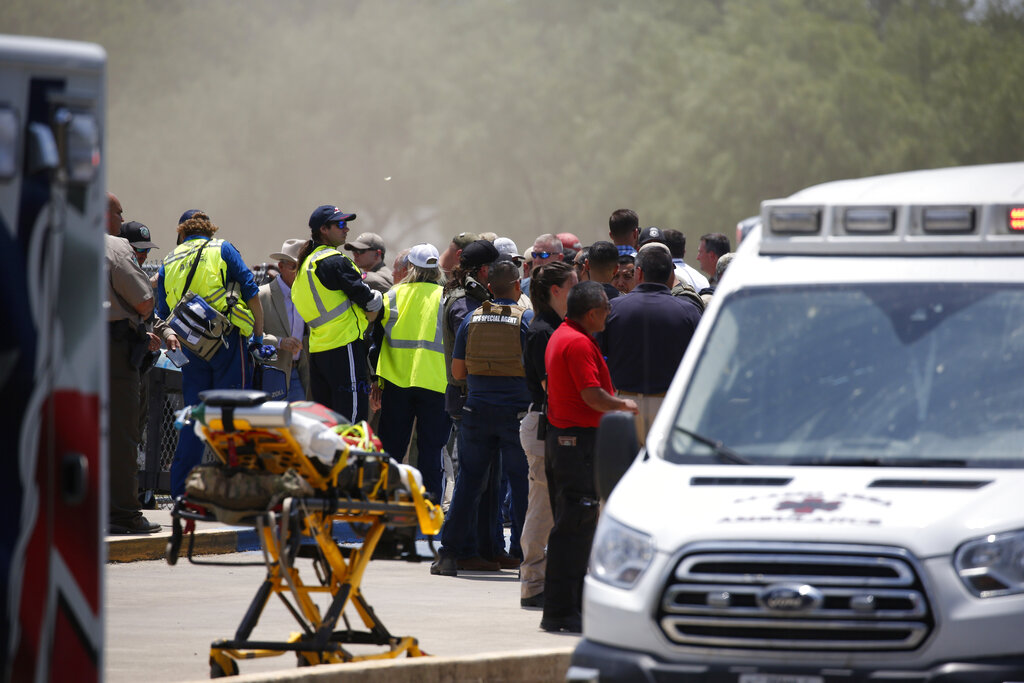 Suspected shooter Salvador Ramos shot his grandmother before his rampage at Robb Elementary School. Nineteen students and at least two adults were killed. The grandmother is reportedly in critical condition.

At about 11:30 a.m., police received a report that a pickup truck — apparently driven by Ramos — had crashed into a ditch outside the school. Ramos got out of the vehicle with a long rifle and a backpack and wearing a tactical vest.

Ultimately, Ramos was engaged by two other officers from the Uvalde Police Department but was able to gain entry into the school and began shooting.