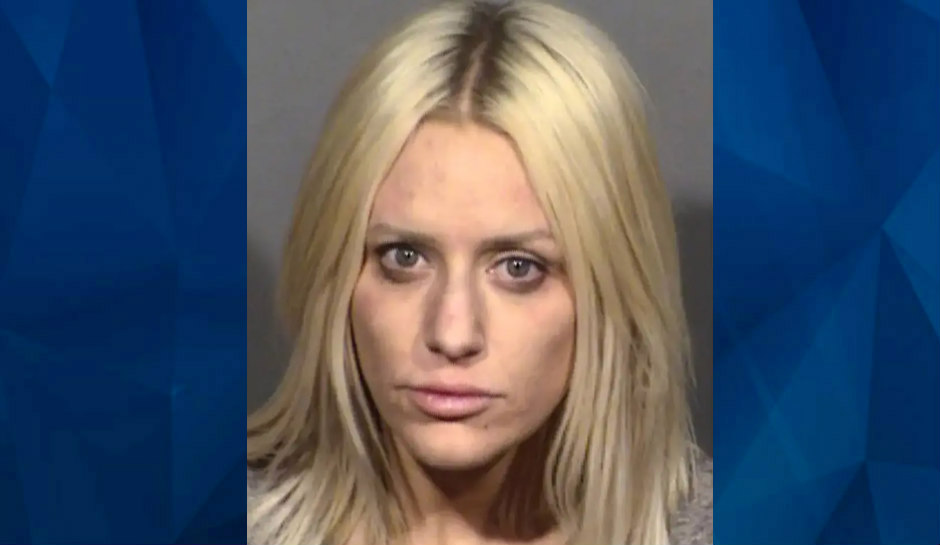 Vegas Woman Guzzles 5 Tequilas, Mows Down Dad with Tot Boy & WALKS HOME TO SLEEP IT OFF

A Nevada woman has been arrested following a drunk driving incident that left a father and his toddler son dead.

According to the Las Vegas Journal, Lisa Geurino, 38, is accused of driving her Jeep Grand Cherokee through a stop sign in Las Vegas Wednesday at around 4 a.m., at the Centennial Parkway and North Shaumber Road intersection.

Police say that Geurino ended up smashing her vehicle into a Volkswagen SUV, driven by  Stephen Palmatier Jr., 37. A 3-year-old inside Palmatier Jr.’s SUV was taken to the University Medical Center following the incident, in critical condition. A 6-year-old girl and another occupant were said to have been injured in the collision and treated for slight injuries.

The 3-year-old was ultimately taken to critical care, while Geurino allegedly fled the scene, then drove home and passed out.

When investigators questioned Guerino, she reportedly claimed she was sleeping during the time of the incident and had nothing to do with it. Police said Geurino acted confused and evasive, Fox 5 reports. She also reportedly had a busted lip and other injuries consistent with being in a crash.

Geurino was arrested and charged with suspicion of DUI, leaving the scene of a crash, and related felonies. She asked for her attorney after her arrest.

During an arraignment on Thursday at the Las Vegas Justice Court, Clark County prosecutor Shanon Clowers accused Geurino of fleeing the scene on foot without calling for help.

“She had five shots of Patron,” Clowers said. “We have the receipt for it. She lived in the neighborhood. She was seen walking from the vehicle…The length she went to, the steps she took to evade capture, it is pretty significant.”

Geurino was given a $10,000 bail amount and ordered to not drink and drive.